The murder of George Floyd in 2020 and subsequent protests and demonstrations around the world led to what many have described as a watershed moment in the racial justice movement. An unprecedented number of companies and organizations pledged their support of anti-racism. CEOs across multiple industries issued statements of solidarity, and large-scale corporations began integrating Black Lives Matter messaging as part of their brand identities.

Not everyone, however, sees this professed allyship on a massive scale as a true indication of social justice progress or long-term commitment. Activists and researchers — as well as consumers.— have long criticized brands for the practice of “woke washing,” which the Harvard Business Review (HBR) defines as “appropriating the language of social activism into marketing materials.” The website wokewashing.com, which is dedicated solely to exposing and eradicating this practice, offers a broader definition, stating that woke washing occurs when “a corporation, institution, or individual says or does something that signals their advocacy for a marginalized cause but also continues to cause harm to vulnerable communities.”

Business schools have the potential to prevent this form of appropriation and to cultivate more authentic efforts of corporate social responsibility. By properly educating students on matters of social justice and training them to address issues of diversity, equity, and inclusion (DEI), they can prepare a future workforce that is truly dedicated to furthering these causes rather than using them as marketing ploys.

Research has shown that business majors are “less aware of institutional discrimination, racial privilege, class privilege, religious privilege, and [are] more likely to adopt colorblind ideologies,” writes Sonya Grier, PhD, a professor of marketing at the American University Kogod School of Business, in a recent article in the Journal of Marketing Education. Without understanding the realities of marginalized communities, these students are not prepared to one day enter the workforce and serve as their advocates. Marketing educators therefore have a social responsibility to teach students how to “constructively engage with diversity,” the article states.

“Actions speak louder than words, and your consumers know and believe this,” Grier told INSIGHT. “Consumers are looking for authentic actions that really help move the needle on these issues.”

While some organizations have tried to circumvent allegations of woke washing by pledging to take proactive measures to support social change, Grier and other experts note that these promises can fall flat. A recent analysis by The Washington Post found that the vast majority of the $50 billion pledged by corporations to fight racial injustice in 2020 was “allocated as loans or investments they could stand to profit from, more than half in the form of mortgages.” Furthermore, the majority of funding is directed at community and educational investments, which are far less controversial causes than the criminal justice reform at the heart of the Black Lives Matter movement, according to the analysis.

“Words, temporary fixes, inauthentic approaches, and even throwing money at the problem won’t change things at a systematic level,” says Grier. “That will involve digging deep, thinking about who you hire, how you train them, and how they practice marketing, finance, or whatever [their] profession.” 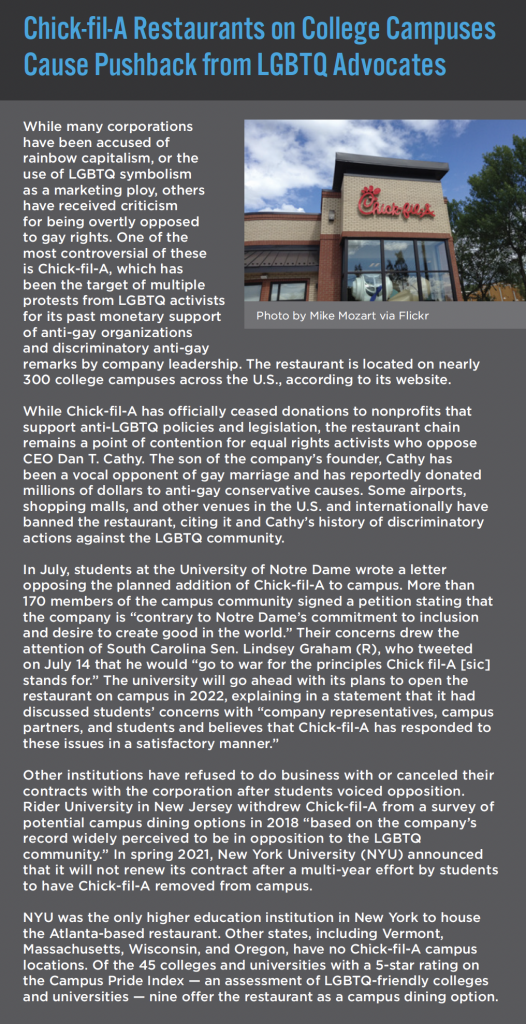 Racial justice is far from the only social cause that brands have been accused of co-opting, as evidenced by the increasing number of companies that purport to show solidarity with the LGBTQ community. This form of woke washing has become so common in recent years — especially during Pride Month in June — that it has earned its own moniker. “Rainbow capitalism,” sometimes referred to as pinkwashing, describes “how LGBTQ symbolism is being wielded by companies to heighten consumerism without leading to meaningful improvement for LGBTQ communities,” according to HBR.

For-profit use of rainbow symbolism and the promotion of Pride Month has become so pervasive that activists in some cities have begun hosting Pride events and parades that intentionally bar corporate participation. Such resistance is spurred in part by the discovery that some companies seeking to appeal to these consumers have failed to live up to their professed values. A 2021 study by the news website Popular Information titled “These 25 Rainbow Flag-Waving Corporations Donated More than $10 Million to Anti-Gay Politicians in the Last Two Years” found that numerous companies that purport to be LGBTQ advocates actually serve as major financial backers for lawmakers who support anti-gay legislation.

CVS Health, for example, states on its website that it is “proud of our longstanding commitment to eliminating discrimination in health care and coverage, including our commitment to the lesbian, gay, bisexual, and transgender communities.” Yet the CVS Health corporate PAC has sponsored numerous legislators who seek to advance laws that would deny gender-affirming health care for transgender children, according to the study.

Uniquely vulnerable populations such as the transgender community should be at the center of corporate advocacy efforts if these organizations truly want to advance social justice, says Maury Peiperl, PhD, dean of the George Mason University School of Business. While displaying a Pride flag or producing rainbow-themed merchandise may have once seemed like a radical step toward inclusivity, consumers today expect companies to progressively tackle issues such as violence against transgender people of color, he says.

“Circumstances have changed in our world, in our contexts, but the business model of understanding has not followed suit,” Peiperl says. “Businesses that don’t really understand this and understand what Pride means are at risk of looking clueless to some of the consumers they are trying to reach.” 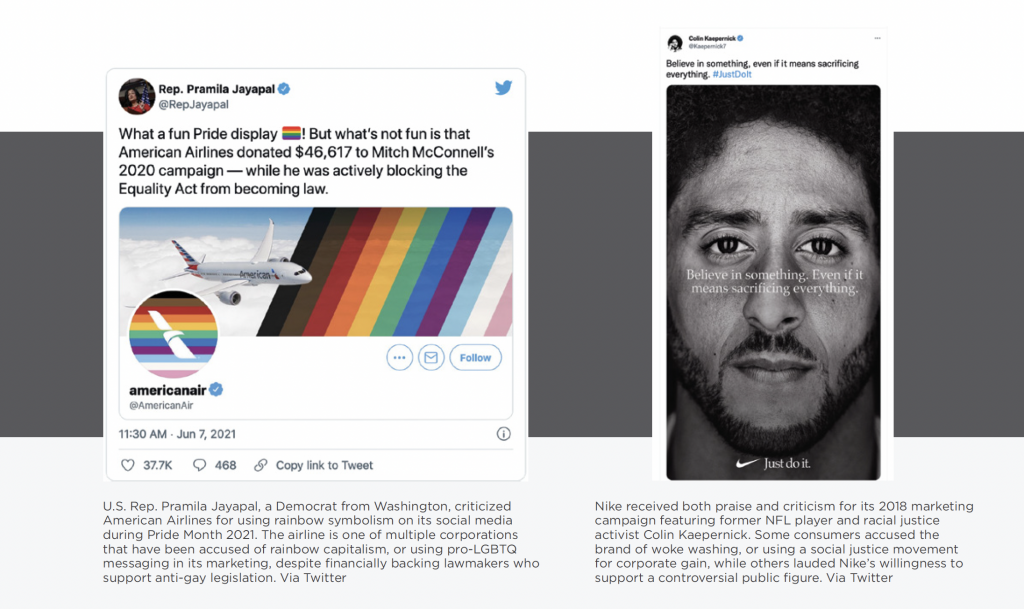 In addition to incorporating DEI into their curriculum — such as introducing case studies of rainbow capitalism — business schools can address these problems by diversifying enrollment, according to Peiperl. This move helps ensure that marginalized voices are introduced in classroom discussions around these issues and, ultimately, in the workplace. For businesses, he says, the most important step is hiring people who represent the diverse communities to which they are trying to appeal and to use their perspectives in developing products, campaigns, and partnerships with nonprofits or other organizations working to advance their cause.

Both Grier and Peiperl say that many business schools and companies are genuinely eager to become more authentic in their support of marginalized communities. Grier points out that this trend is evident in how the demand for DEI and racial justice consultants has risen drastically in recent months. Job posts for DEI-related positions on Glassdoor.com more than doubled between June and August 2020, according to an analysis by the Society for Human Resource Management. More organizations have begun shifting these roles beyond human resources and compliance to having a broader influence on overall company culture, messaging, and consumer relations.

“I have been really pleased to see some of the reflection that’s going on in the corporate world and in business schools around the purpose of corporations and to what extent we in the business world should be helping to build a better future,” Peiperl says. Companies are also increasingly recognizing that social responsibility is a priority for employees, especially as younger generations enter the workforce, he adds.

Grier advises students who want to change the culture of performative allyship within the business world to hold their employers accountable once they enter the workforce. “Business students can help to identify innovative ways to implement words and actions,” she says. “They can [use their] learning specifically around ways to try to create win-win situations that do not manipulate or malign communities to create corporate profit. They can stress issues of accountability and transparency to help support authenticity.”● 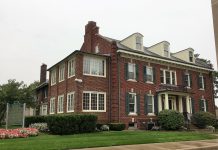 Michigan’s First and Only HBCU Set to Reopen