American colleges and universities are increasingly concerned about socioeconomic disparities in standardized testing, especially when it comes to SAT and ACT scores. Wealthy test takers and those whose parents are college educated consistently outscore their peers. In 2018, for example, there was a difference of 253 points between students whose parents have graduate degrees versus those whose parents didn’t complete high school, according to data from The College Board, which administers the test.

To address these inequalities, The College Board announced Thursday that it will add an “adversity score” to student’s results. The move is designed to help admissions officers understand some of the disadvantages that may affect certain students’ performance on the test.

The Wall Street Journal originally reported this development, which comes on the heels of Operation Varsity Blues, a national college admissions scam that has drawn widespread scrutiny to inequity in higher education.

Adversity scores will fall somewhere between 1 and 100 and will be calculated using 15 factors, including poverty levels for high schools and neighborhoods. Numbers above 50 would indicate increasing levels of adversity, whereas scores below 50 would demonstrate privilege. Despite strong evidence that race and ethnicity correlate to socioeconomic status and performance on standardized tests, racial identity will not be considered a factor.

The College Board plans to collect this information from U.S. Census records and other publicly available data. It will only share a student’s adversity score with the colleges that they apply to, not with the test takers themselves, The Journal reported.

A total of 50 schools recently used the strategy on a preliminary basis. Jeremiah Quinlan, the dean of undergraduate admissions at Yale University, told The Journal that using adversity scores in the admissions process helped Yale double the number of low-income and first-generation students admitted to its fall 2019 incoming class.

However, there are potential pitfalls to this new calculation. Anemona Hartocollis of The New York Times argues that the change will receive pushback from wealthy families and from otherwise high-scoring students whose test results could be adversely affected.

According to The Journal, SAT officials will expand the use of this new tool to 150 institutions this fall and apply it more broadly in 2020. 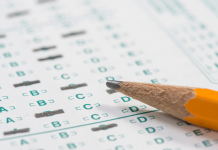