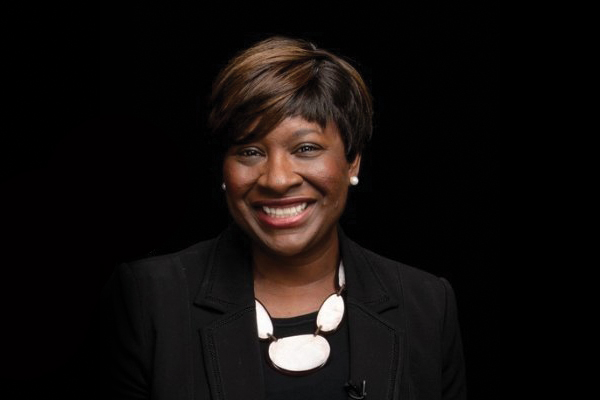 Katherine W. Phillips, who served as senior vice dean and the Reuben Mark Professor of Organizational Character at Columbia Business School (CBS), passed away at the age of 47 in January 2020.  Phillips was a renowned educator, researcher, and role model in the world of business education as well as a prominent advocate for diversity, equity, and inclusion in the workplace.

“Diversity enhances creativity. It encourages the search for novel information and perspectives, leading to better decision making and problem solving. Diversity can improve the bottom line of companies and lead to unfettered discoveries and breakthrough innovations. Even simply being exposed to diversity can change the way you think,” Phillips wrote in a 2014 article for Scientific American.

Phillips has been a leader in diversity work and higher education for decades. In addition to her position at CBS, she also served as director of Sanford C. Bernstein & Co. Center for Leadership and Ethics.

Prior to her role at Columbia University, Phillips was the first Black woman faculty member to receive tenure at the Kellogg School of Management at Northwestern University. In 2011, she was listed among the “Top 40 Business School Professors Under the Age of 40” by Poets and Quants.

Phillips’ research often looked at issues affecting underrepresented employees that had been long overlooked in both academia and industry. She studied workplace hairstyles, for example, and found that Black women are presumed to be less professional and have more dominance when wearing Afrocentric hairstyles compared with Eurocentric ones.

A former student told the Columbia Spectator that Phillips was a pioneer at CBS. “She brought together students of the Business School and gave them a space to really think critically about diversity,” they stated.

Phillips was motivated to become an advocate for diversity, equity, and inclusion from a young age. As a child, she attended a magnet school that was nearly all-White, which led to experiences that inspired the diversity work she did throughout her adulthood, according to The New York Times.

“Ultimately, it’s in our interest as an organization, as a country, as a world to embrace the diversity that we have so that we can get all the assets from every single person that’s on this planet,” Katherine Phillips said in a 2016 YouTube video for CBS.

She is survived by her husband, Damon Phillips, also a professor at CBS, and two daughters.