Approximately one in four undergraduates who are women or non-cisgender will experience a sexual assault at some point during their college careers, according to a new large-scale survey on campus sexual abuse by the Association of American Universities (AAU).

The results, which were released on Tuesday, “provide cause for both hope and continued concern,” AAU stated in a press release. They expand on a 2015 AAU study that included responses from more than 150,000 students at 27 colleges and universities. The 2019 report is based on 181,750 students across 33 institutions.

While the new survey reveals that college students are more informed as to what constitutes sexual misconduct and how to report such behavior than in the past, the number who say they have experienced sexual abuse is also growing. Overall, 13 percent of participants in the 2019 study reported experiencing what AAU refers to as “non-consensual sexual contact” while enrolled in higher education.

Around 23 percent of transgender, genderqueer, and nonbinary survey takers say they have been the target of sexual violence while in college. This population and undergraduate women both report high levels of harassment while on campus, ranging from 60 to 65 percent on the 2019 survey.

In addition, the new survey sheds light on significant rates of sexual harassment in graduate programs. AAU President Mary Sue Coleman called on colleges to “focus on the distinct environment for graduate and professional studies as it pertains to [this behavior],” in a letter to the higher education community on Tuesday.

Coleman also addressed the “persistent, troubling findings” regarding campus support for students who have experienced sexual abuse. A majority of students who reported experiencing assault on the AAU survey said they did not report such incidents to campus officials. Nearly half reported doubting that their college would take such incidents seriously.

Coleman stated in her address that even though higher education has made progress in educating students about sexual assault, there is still much work to be done in preventing and addressing campus sexual violence. In addition to better education and resources for first-year students, she suggests colleges and universities use the AAU data “to dive more deeply into multiple aspects of sexual assault and misconduct.” 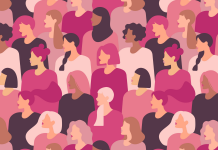