A group called the Students for Fair Admissions (SFFA) filed a lawsuit in January against the University of North Carolina at Chapel Hill (UNC) claiming the university gives too much weight to race in the admissions process. UNC denies the allegations.

UNC filed its own court brief stating that race is considered among many factors in a broader context of how a prospective student could contribute to the university. Former Chancellor Carol Folt has depicted the suit as being part of a larger effort to eliminate race-conscious admissions policies at all colleges and universities. Both sides have asked a federal judge to rule on the matter instead of allowing the case to go to trial.

The suit is similar to another one SFFA filed against Harvard University, which culminated in a three-week trial last fall. Both cases feature statistical analyses as key pieces of evidence, in which economists present opposing data about the extent to which race makes a difference in admissions decisions at the schools. According to The New York Times, lawyers don’t expect federal Judge Allison Burroughs to issue a ruling in the Harvard case until June.

Lawyers told The New York Times that they’re not sure which case will reach the Supreme Court first, but they predict the high court will end up weighing them together as part of a broader decision on race-conscious admissions practices.

These developments come as UNC reels from the latest confederate statue controversy and Folt’s recent resignation. Student protesters toppled the statue known as “Silent Sam” in August, prompting the UNC Board of Trustees to propose the construction of a $5.3 million building to house it. 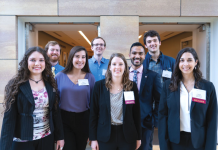