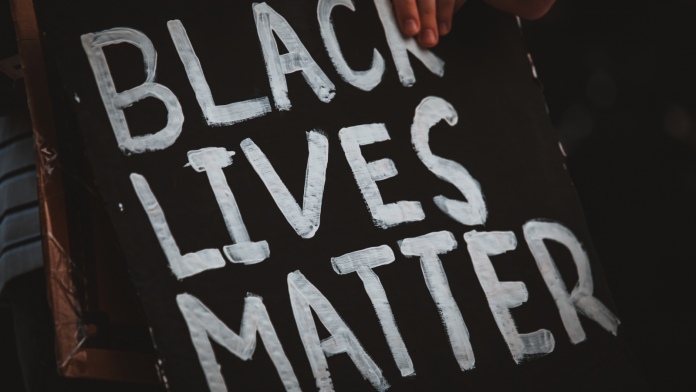 Law schools, perhaps more than any other institutions in higher education, are in a unique position to address structural racism and effect meaningful societal change in the nation’s criminal justice system. Today’s law students will be tomorrow’s politicians, judges, attorneys, and legal scholars, so it is imperative that they have a foundational understanding of the role institutional racism has played in forming the country’s legal system.

As national attention on race and racism has grown over the past year, especially with regard to the law and law enforcement, administrators at law schools across the country have recognized the importance of educating students and faculty on structural racism and working toward a more equitable justice system and society overall. In recent months, law schools have taken the initiative to create inaugural diversity, equity, and inclusion (DEI) positions; hold seminars or conferences on how to combat institutional racism; and design or expand courses to address inequity and promote anti-racism in the legal profession. Additionally, legal education associations have enacted or are considering initiatives to expand anti-racist education in law schools.

“The crux of the solution will be law and policy,” said Ibram X. Kendi, the Andrew W. Mellon Professor of Humanities and founding director of the Center for Antiracist Research at Boston University, in a virtual discussion with Mitchell Hamline School of Law faculty in February. “Those who are studying law who become policymakers will be in the forefront of creating an anti-racist society.”

In August 2020, deans from 150 of the 204 law schools accredited by the American Bar Association (ABA) petitioned the ABA’s Council to the Section of Legal Education and Admissions to the Bar to make anti-racist education mandatory in order for law schools to maintain or earn accreditation. The suggested education includes anti-bias, anti-racism, and cross-cultural competency training.

“We are in a unique moment in history to confront racism that is deeply embedded in our institutions, including in the legal profession, and we hope that the Council will take this important first step,” the letter read.

On May 14, the council advanced the proposed changes and is currently seeking input from legal educators and the public. They will reconvene in August to discuss in more detail after the public has had the opportunity to submit feedback. If approved, the changes will be voted on by the ABA’s House of Delegates in February 2022. If the new accreditation requirements move through the council and house of delegates promptly, they could be in place as early as fall 2022.

In an effort to address police reform and implement better policing practices nationwide, the ABA also collaborated with 52 law schools in October 2020 to form the Legal Education Police Practices Consortium. Legal scholars in the consortium have worked to develop model police practices and initiate projects that promote racial equity in the criminal justice system, eliminate those that are racially motivated or have a disproportionate impact on minoritized communities, and support effective policing, according to an October ABA news release. The consortium will also use law students at participating schools to conduct research regarding criminal justice reform; provide public commentary in the form of op-eds, articles, and blogs; and engage with law enforcement departments to promote equitable practices.

“The ABA has the ability to bring together diverse groups to address these problems and the duty to act to help bring racial equality to our criminal justice system,” ABA President Patricia Lee Refo said in the news release. “The consortium will engage law students and legal experts from around the country in studying and forming solutions to help improve policing practices in our communities.”

In June 2020, the Association of American Law Schools launched the Law Deans Antiracist Clearinghouse Project. The group provides resources and information regarding anti-racism and overall reform efforts in law and law enforcement for legal educators and administrators. Created by five Black women deans of law schools at Boston University, Howard University, The Pennsylvania State University, Rutgers University, and Washburn University, the consortium aims to “engage our institutions in the fight for justice and equality … [and] strive to focus our teaching, scholarship, service, activism, programming, and initiatives on strategies to eradicate racism,” according to its website. The project consists of several phases, including auditing each school to ensure they are making progress toward racial equality.

Both USG Law and Irvine Law have instituted required courses that center on racism and inequality in the justice system. In mid-March, USG Law became the first among the nation’s top 25 law schools to require a course on racial justice titled Race, Racism, and the Law. Students in the class of 2024 and beyond will be required to take it in order to graduate. Irvine Law followed suit less than a month later, becoming the first law school in the University of California system to require a graded course related to “race and indigeneity, structural inequity, and the historical bases for such inequity,” according to the news website Above the Law.

Many legal scholars have expanded the discussion beyond the classroom and their institutions by establishing virtual seminars, teach-ins, and conferences. One such instance was the Law School Anti-Racist Coalition’s Teach-In in early September 2020, which featured educators from colleges of law across the U.S. The virtual event covered a wide range of topics within the overarching theme of anti-racism, such as implicit bias in bankruptcy law and water rights in Native American territories.

Steps in the Right Direction 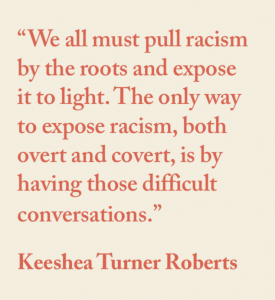 These changes have been a long time coming, and there is still much work to be done to eliminate institutional racism and inequity, but it appears that many law schools are on the right path.

“Although the conversation [regarding anti-racism] is not an easy one to have, I believe that it is a necessary one,” writes Keeshea Turner Roberts, adjunct professor at Howard University’s School of Law and supervising attorney for the Fair Housing Clinic, in the ABA’s Human Rights Magazine. “We all must pull racism by the roots and expose it to light. The only way to expose racism, both overt and covert, is by having those difficult conversations.”●