Nearly two dozen college and university leaders involved in the Presidents’ Alliance on Higher Education and Immigration signed a letter to the U.S. Senate this week to urge lawmakers to pass bipartisan legislation that would provide permanent protections for DACA recipients and Dreamers.

Given a recent ruling in the Fifth Circuit Court of Appeals that determined the DACA program is illegal, the futures of nearly 400,000 Dreamers are in jeopardy.

“As higher education leaders, we see Dreamers’ immense contributions to our campuses and communities,” the letter reads. “Many of them have gone on to become highly valued employees, homeowners, military members, faith leaders, and founders of thriving businesses. They inspire us by what they have overcome and the promise they hold to make our communities and nation stronger. These individuals – Americans in every sense but on paper – seek only what we want for all our children: the opportunity to pursue their studies, work in our communities, and meaningfully contribute to our country.”

The letter points out the need for talented individuals in the workforce given ongoing labor shortages and says that nearly 40 percent of undocumented graduate students have undergraduate STEM degrees.

The alliance estimates that the U.S. will lose 1,000 jobs each business day over the next two years if DACA is eliminated and no permanent solution comes to fruition. Currently, about 400,000 undocumented students are pursuing higher education throughout the country, the letter states.

The letter follows a similar request sent to Congress by the American Council on Education and numerous higher education associations on November 17. 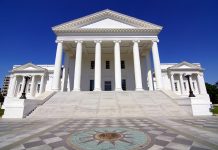 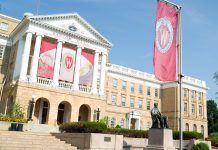