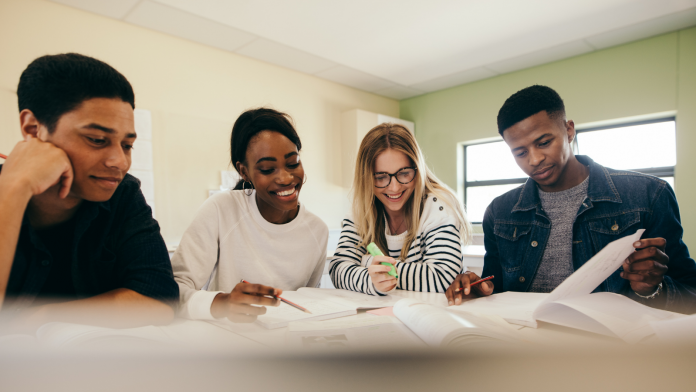 Recently, a White student who was accepted to Spelman College — among the nation’s most prominent historically Black colleges and universities (HBCUs) — sparked a heated online debate after posting about her acceptance on Instagram. The student, who has not been publicly identified but goes by the Instagram handle @_camillarose, uploaded a photo of herself wearing a Spelman shirt and expressed her excitement in a caption:

“Transferring to a Historically Black College or University has been my dream for almost two years now,” the now-deleted post read. “I could never have genuinely imagined I’d be transferring to the #1 HBCU in the country, Spelman College. The home of Black girl magic. I feel beyond grateful for every facet of my journey & for this IMMENSE privilege. … I understand the privilege I hold as a White woman in America, and I choose to wake up every day using this privilege to create a more equitable and healed world.”

The post quickly went viral, with thousands on social media posting comments either in favor of or against @_camillarose’s reasons for attending an HBCU. Many criticized the post for what they saw as a fetishization of the Black HBCU experience. Some argued that the very act of a White student attending an HBCU rather than a predominantly White institution (PWI) is an invasion of a sacred space for African Americans.

“She took a spot in a Black space that was meant for a BLACK WOMAN. I don’t care how else you slice it and dice it, that’s what she did and I am NOT OK WITH IT,” a Twitter user with the handle @Tsmallsmakeupp1 wrote. “ALLL [sic] these PWIs, but she CHOSE to colonize an HBCU. And not for a superior education, but for ‘an experience.’”

Twitter user @jadedoddm, a current Spelman student, took the opposite view. She pointed out that the college is named after a White woman abolitionist, Laura Spelman Rockefeller, and argued that excluding non-Black students promotes divisiveness.

“We’re promoting segregation by shunning her. Why promote segregation after our hard fight for equality? As long as she’s treating Spelman like a school and not a black woman museum, I don’t c [sic] the problem,” @jadedoddm tweeted.

The debate sparked by @_camillarose is just one example of an issue that has become increasingly contentious as White enrollment at HBCUs continues to grow. As of 2018, nearly a quarter of HBCU students were not Black, according to the National Center for Education Statistics. Many of these institutions have made the controversial push to increase racial diversity in an effort to secure more funding. Some HBCU recruiters say the move is necessary because White middle- and upper-class students are more likely to be able to afford full tuition rather than requiring the scholarships and grants needed by many Black students from disadvantaged backgrounds.

HBCUs have been plagued by low enrollment numbers in recent years and insufficient government support. In Maryland, for example, a coalition of HBCUs filed an ongoing federal lawsuit in 2006 arguing that their institutions receive inequitable funding compared with PWIs. One of those institutions, Morgan State University, has managed to grow enrollment in recent years by recruiting more Latinx, White, and international students, according to a 2019 article in The Washington Post.

For public HBCUs, recruiting non-Black students is necessary to maintain accreditation and receive government funding. In order to meet racial diversity standards, they recruit at predominantly White and Latinx high schools and, therefore, tend to have larger numbers of non-Black students compared with private HBCUs, according to another article in the Post.

Of course, attracting non-Black students to historically Black institutions is not just a financial matter. As with many PWIs, HBCUs tend to value diversity for its educational and social benefits and recognize that exposing students to different sociocultural identities is necessary to prepare them to succeed in an increasingly multicultural world.

Still, there are those who say that enrolling non-Black students violates the mission of HBCUs and their special role as safe spaces for African American students. DJ Envy, the host of the nationally syndicated radio show The Breakfast Club, which often tackles racial issues, told listeners during a January 2021 episode that he “never understood why students that weren’t Black went to HBCUs.”

An alum of Hampton University, DJ Envy said that he went to an HBCU because he was offered more financial aid than at other schools and that he liked the idea of being in a space where he could be unapologetically Black and not have to worry about racism.

Milverton Saint, a popular African American blogger, argues that the history of White colonization and gentrification illustrates why these institutions should be preserved for Black students.

“There isn’t a single example in the entirety of human history of one white person coming into a Black space and allowing it to remain a Black space. Countries, neighborhoods, schools, etc,” Saint recently tweeted. “A white person who claims to be an ally and understands history should understand that and choose to protect Black spaces from the outside. Not insert themselves.”

Yet some White students have defended their place at historically Black institutions by arguing that their decision to attend an HBCU is based on allyship and a desire to strengthen their ability to combat racism.

In a 2018 documentary by Vice News, White sociology major Tiago Rachelson explained that he chose to study at Morehouse College — a historically Black men’s college.— because of its “brotherhood component.” His desire to attend Morehouse was so strong that he did not even apply to other schools.

“I know college is really about getting an education, but here you can get an education academically as well as an education through life,” Rachelson told Vice.

When asked by a Black classmate if he feels like he belongs at Morehouse, Rachelson stated “I feel like I belong here if I’m putting in the work. It’s that simple.”

Joshua Packwood, who rejected a full-ride scholarship to Columbia University in favor of Morehouse, became the first White valedictorian of an HBCU when he graduated in 2008. He has expressed a similar view as Rachelson to the media. “For me, being the only one or one of few [White students] was actually the key part to why I wanted that experience, because I just thought that would be so transformative in how I would think,” Packwood told CNN in 2016.

Research has found that HBCUs can help enhance White students’ critical consciousness by providing courses, workshops, and group experiences that explore White race, privilege, and oppression. Yet other studies have found that attending college in a predominantly Black environment has substantial benefits for African Americans. Black graduates of HBCUs experience greater social mobility and have healthier lifestyles later in adulthood than those who attended PWIs, among other positive outcomes.

Andrew Arroyo, EdD, interim assistant vice provost for academic programs and policy and associate professor of Educational Leadership at Virginia Commonwealth University (VCU), has written extensively on the topic of White student and faculty presence at HBCUs. Arroyo, who is White, served as a professor at two different HBCUs prior to his current position at VCU. His research has focused in this area, and he now has a daughter who attends an historically Black college.

Being a part of an HBCU community as a White person requires “ensuring that your White privilege is checked,” Arroyo says. “Your first stance is always going to be to listen, and you’re going to spend far more time listening than talking.”

Arroyo admits he entered his faculty positions at HBCUs “with certain paradigms” of a White savior complex, but through time learned to self-check his intentions and motivations. He recommends that all students, regardless of racial or ethnic background, base their choice of college on their individual needs and goals — not solely on whether a school is an HBCU.

“The one thing that I would say to White students is don’t take HBCUs off your list. It’s not necessarily that they have to go out and seek an HBCU, but they need to recognize that some of the best programs out there are at HBCUs, and they are some of the most affordable institutions,” Arroyo says.

The backlash to @_camillarose largely echoed this sentiment, with many on social media pointing out that her post made it appear as if her desire to attend Spelman was based solely on the fact that it is an HBCU rather than on its prestigious academic reputation. She subsequently posted two lengthy apologies, stating in one that her “wanting to go to an HBCU is not something appropriate for me to center around myself, my experience, my wants, my needs. … [M]e wanting to go to an HBCU is not a character/personal development camp.”●

Mariah Stewart is a senior staff writer for INSIGHT Into Diversity. This article was published in our March 2021 issue.