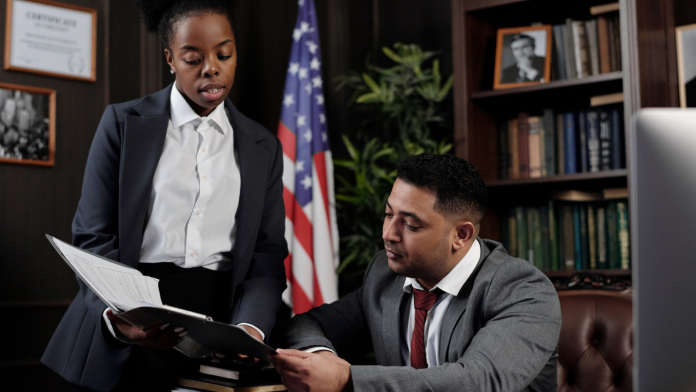 The subjects of the film detail their experiences of overt and covert racism from other students and professors as well as their successes in being the first lawyers in their respective families. Mitchell was inspired to create the film based on her own experiences as a Black law student and practicing attorney. In an interview featured on the film’s website, Mitchell speaks about instances in which some White classmates assumed she was not accomplished enough to be in law school.

“Even if race was considered in admissions for diversity purposes, the way we were treated, to me, felt like some White students thought we didn’t have any academic or other accomplishments to justify our presence there,” she said. “The everyday treatment felt like they believed that the only reason Black students were admitted was due to our being Black — not because we were at the top of our class, not because we had beaten the odds, not because we had demonstrated excellence academically and in other endeavors.”

“My hope is that viewers walk away with insight to make them think more deeply about what it means to be Black in law schools in America and why representation is so vitally important, particularly during this period of racial reckoning,” she said. “I want Black people who aspire to become lawyers to understand that there are many challenges ahead, but that they absolutely need to persist and stay the course.”

The film can be viewed by request at BecomingBlackLawyers.com.●