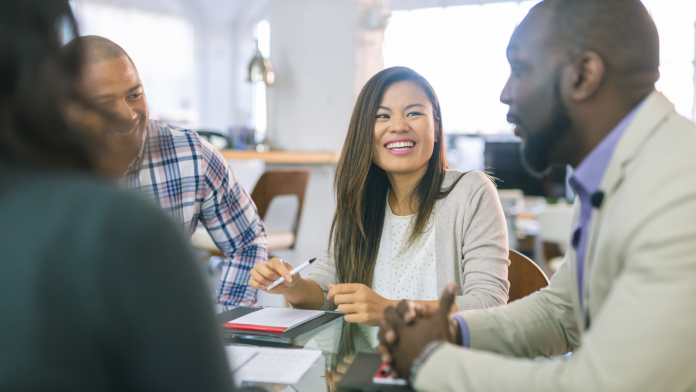 One hundred and twenty-five. That is the number of times that a Black man punched an elderly Asian American woman, without any provocation, as she entered her apartment in New York City in March.

This brutal and senseless beating was wrong, and the perpetrator must be appropriately punished. As anti-Asian hate crimes continue unabated, these incidents have rekindled the national discussion around “Stop Asian Hate.” More specifically, this recent spate of hate crimes has put the spotlight on tensions between Asian American and Black communities, despite evidence that anti-Asian hate — from the 1880s’ Chinese Exclusion Act to the 1940s’ Internment of 100,000 Japanese American citizens to today — is as American as baseball, collard greens, and apple pie.

While our country is long overdue for an exploration of the racialized conflicts that pit different racial groups against one another, much of the national discussion currently taking place is repeating mistakes of the past by framing these incidents as if they exist in a vacuum. Make no mistake: We condemn the violence targeting Asian Americans. Full stop. Yet the pathway to understanding and addressing anti-Asian violence does not lie in focusing only on individual incidents. We must condemn such violence in unambiguous terms while also confronting how centuries of discrimination and oppression fuel it in myriad ways.

Claire Jean Kim, a Korean American, developed a theory of racial triangulation in the 1990s that provides a spot-on explanation of the structural factors currently at play. Because Asians and Asian Americans are considered neither White nor Black, Kim argues that Asian Americans across ethnicities are stereotyped as both perpetual foreigners and model minorities. In this context, they often serve as a foil or wedge in the historical and ongoing racialized contestation between Blacks and Whites.

While our country is long overdue for an exploration of the racialized conflicts that pit different racial groups against one another, much of the national discussion currently taking place is repeating mistakes of the past by framing these incidents as if they exist in a vacuum.

As America’s designated model minority, Asian Americans are positioned above other marginalized racial groups on the hierarchy of White supremacy. Asian Americans are valorized vis-à-vis Blacks and, by extension, Latinx and Native Americans too. The thinly veiled implication of designating Asian Americans as the model minority is that if Black, Latinx, and Native people just worked and studied harder, they too could achieve the success of Asian Americans. This trope is also used to explain the presence of Asian American stores in urban neighborhoods where racism in the form of redlining, poor quality schools, and over-policing has created a hand-to-mouth existence for Black and, increasingly, Latinx residents, and where Asian Americans who own businesses — many of them small and struggling — are sometimes seen as unfriendly and exploitative.

The most recent use of the model minority paradigm involves a small group of Asian Americans as plaintiffs (with the help of White-led law firms) in a challenge to race-conscious admissions policies at Harvard University. If successful, this lawsuit would undermine decades of work from civil rights leaders and allies, including Asian Americans, across racial lines. This challenge has been filed despite the fact that some Asian American ethnic groups suffer from poverty and poor educational contexts that make race-conscious admissions important. Most significantly, in light of historical and contemporary discriminatory structures, race-conscious admissions are beneficial for everyone. Yet White supremacy and American racialization processes elevate some Asian Americans while simultaneously setting them up to be scapegoated, attacked, and excluded from important conversations. That’s where the other aspect of Kim’s thesis comes into play.— the idea that Asian Americans are also seen as perpetual foreigners.

Who can forget how President Donald Trump manipulated this trope by characterizing COVID-19 as the “China virus,” creating an environment where violence and attacks against this population proliferated? In fact, according to research from the nonprofit group Stop AAPI Hate, a total of 10,905 hate incidents targeting Asian Americans and Pacific Islanders was reported between March 19, 2020 and December 31, 2021.

This violence is borne disproportionately by women. March 2022 marked the one-year anniversary of the mass shooting of six Asian American women by a White gunman in Atlanta. In a media context where this demographic is portrayed as exotic and hypersexualized, these senseless killings are not merely someone having a bad day. Rather, they are the outcome of structural stereotypes that give way to deadly violence.

Sadly, since Asian Americans are also portrayed as the model minority, incidents of violence against and by them are often downplayed, leaving America’s fastest growing minority group out of vitally important conversations regarding their political power and their lives. This lack of visibility reinforces the narrative that all is well with Asian Americans who are actually suffering in silence.

If the trope of Asian-Black conflict is bankrupt, and our conversations about anti-Asian hate are too simplistic to be effective, what is the pathway to better understanding? As institutions of higher education, the path forward must include us. We must identify and reward the kind of scholarship that addresses the historical and structural underpinnings of contemporary conflicts. This has to be done not only in our tenure and promotion processes, but also in legitimizing scholarship and engagement with communities, nonprofits, and other organizations that are working at the grassroots level to create understanding and build community across racial and ethnic groups. We must take sides in ways that shine the spotlight on fairness and justice. We must incorporate these issues into our fundraising, governance structures, and our town-gown visions for a better future.

What would happen if Blacks, Native Americans, and Latinx people who have mastered the art and science of vocalizing, advocating, and pressing for change shared their strategies with various Asian American ethnicities who, in turn, practiced them? Also, what would happen if Asian American groups who have penetrated educational and economic systems that have been closed to Native American, Black, and Latinx individuals used their privilege to ensure fairness, justice, and access for everyone? What if White co-conspirators as well as financially able Black, Latinx, and Native Americans used their privilege, voice, and power to dismantle the racist structures that are creating an existential crisis for us all? We have to recognize, dismantle, and then build new relationships and structures. That is the path to the just and democratic society that we aspire to be.●

Yvette Alex-Assensoh, PhD, JD, is the vice president of equity and inclusion and a professor in the department of political science at the University of Oregon.