The White House has issued a controversial proposal that says it will cut college tuition rates and reduce the national student loan debt. The proposal is part of a list of reforms targeted toward the Higher Education Act of 1965, which is designed to ensure every citizen has access to higher education. The legislation was last adjusted in 2008.

Ivanka Trump, daughter and advisor to President Donald Trump, announced the proposal on Monday, March 25. “We need to modernize our higher education system to make it more affordable, flexible, and outcomes-oriented, so all Americans, young and old, can learn the skills they need to secure and retain good-paying jobs,” she said.

“Unfortunately, many colleges and universities have been unable or unwilling to provide the necessary types of education in a cost-effective manner,” the five-page proposal states.

The plan would cap the amount of federal loans available to parent borrowers and graduate students. The proposal doesn’t give specific limits, but officials suggested it could vary based on a student’s program of study, according to The Associated Press (AP). Federal loans for students’ parents and graduate students add to about $25 billion a year, compared to $151 billion in total federal student loans, according to 2019 student aid data.

Opinions regarding the proposal’s ability to actually help low-income students is split. Sen. Patty Murray, D-Wash., ranking Democrat of the Senate education committee, criticized the plan, saying it “would end up hurting students by reducing the amount of federal aid for students and taking billions out of the pockets of borrowers,” AP reported.

Other critics say that federal lending is not to blame for high tuition and education debt. James Kvaal, president of the nonprofit Institute for College Access & Success and former policy adviser to President Barack Obama, said there’s “no evidence” availability of federal loans has led to higher college costs, AP reported. “The solution is to invest more in Pell scholarships for low-income students [and] to work with states to make public colleges and universities more affordable,” said Kvaal.

Colleges say they been forced to raise tuition to make up for reduced state funding, according to a Fox19 report.

Education Secretary Betsy DeVos, who still hasn’t responded to over 100,000 people awaiting for student loan debt relief, is eager to get the legislation passed. The White House plan is “an important roadmap for working with Congress to rethink higher education and pass meaningful reforms,” DeVos told the press.

Here are some of the proposal’s other reforms:

● An expansion of the Pell Grant to include high quality, short-term programs that provide students with a credential, certification, or license in a high-demand field.

● Make the President’s Board of Advisors at HBCUs and the Interagency Working Group responsible for continually improving the capacity of HBCUs identity, visibility, distinction, and overall competitiveness 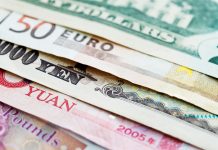