Wendy Lewis, senior vice president of diversity and strategic alliances for Major League Baseball’s (MLB) Office of the Commissioner, is responsible for overseeing the league’s Diversity Economic Impact Engagement (DEIE) initiative. One key area of the DEIE is the Diverse Business Partners program, MLB’s supplier diversity initiative. Through the program, MLB has brought in $1 billion in revenue for women- and minority-owned companies.

Earlier in her career at MLB, Lewis served as vice president of human resources and office operations and then as vice president of strategic planning for recruitment and diversity. She has received numerous awards for her work — including the Legends Award from the Black Women in Sports Foundation and the Sports Pioneer Award from the National Association of Black Journalists — and was named one of the “25 Influential Black Women in Business” by The Network Journal.

Lewis recently spoke with INSIGHT Into Diversity about MLB’s success in supporting women- and minority-owned businesses and the league’s efforts to attract minority players and fans to the sport.

Q: You began your career at MLB in 1995 and are now the highest-ranking African American woman with the league. What progress in terms of diversity and inclusion have you witnessed at MLB since then, and what programs or initiatives are you most proud to have implemented?

one of the few folks of color. Probably the biggest difference since then is being nowhere near the only one. I’ve seen the business and the leadership make great strides in terms of not only the whole business model of baseball, but also in terms of the people who make it happen on and off the field.

One of the things I’m most proud about is when I started in baseball, it gave me the opportunity to start at a franchise — the Chicago Cubs organization — and do something that would be pioneering and eventually become the standard for our sport, which was developing the human resource environment in a professional capacity. Then to see that really mature in not only the human resource department itself, but through the whole industry, was very cool, as is working directly with the MLB commissioner on what is now called the Commissioner’s Diversity and Inclusion Committee. Witnessing the growth of this group of franchise owners who, on a more-than-annual basis, talk about diversity and inclusion and do a lot of planning and strategizing around that … has been a great achievement in the leadership of the game through then-commissioner Bud Selig.

Our Diverse Business Partners program has grown with and supports that. MLB has the premier supplier-diversity program in all of sports, and we have a very aggressive and strategic effort around bringing women- and minority-owned companies into our supply chain; that includes LGBT suppliers, suppliers with disabilities, and veterans, [leading to] a business model that has become more entrenched in diversity. And baseball has done over a billion dollars worth of transactions with those diverse suppliers.

The program that’s probably closest to my heart — and I think is the capstone of everything I’ve mentioned — is our MLB Diversity Business Summit. We bring together the whole universe of our game in one spot for the sole purpose of creating a phenomenal engagement opportunity around jobs and entrepreneurship for baseball. All 30 clubs are present, the commissioner is present, 10 of our minor league clubs are present, and we network with a range of job seekers and entrepreneurs. Our objective is to make sure that more people are getting those employment and procurement opportunities. We can’t get it done without the commissioner, without the owners, without the clubs being in agreement that a diverse population is in the best interest of the game and our business.

Q: What results has MLB witnessed from investing in women- and minority-owned businesses?

A: When you take on supplier diversity or procurement models, that’s a game changer, because now you’re talking about partnership with a whole company and therefore a whole community. By doing over a billion dollars with those minority suppliers, MLB has seen the ability of people to hire others. We have seen companies grow and, in some cases, have to relocate because they need a larger space because they have bigger contracts and need to improve in capacity. We’ve seen some of those suppliers become sponsors and licensees, so those suppliers have helped us grow our business and we have helped them.

Likewise, we have seen some of our suppliers go past just doing business in baseball to the other worlds of sports, so it is a pretty unique industry to work in. It has been transformative; it changes the pipeline because it is transactional in terms of money. Knowing that there are more people, in some cases, being served as a result of those business relationships is something very tangible, and I think it’s one of the things Commissioner [Rob] Manfred is most proud of.

Q: Have you faced any pushback as a woman of color in a male-dominated field? If so, how have you overcome discrimination and bias?

A: I probably wouldn’t refer to it as pushback. It’s been one of those learning curves for everybody — for me, as well as all the people who I’ve worked with. That is going to be true of anyone who is new on the scene who might be different from what an organization is used to. So it has been challenging sometimes, but it’s been very encouraging and probably one of the greatest experiences I’ve had professionally and personally because it made a difference; it contributed to something that’s substantial and sustainable, and I’ve been able to work with every level in this business around leadership and development and have seen the landscape change.

Q: According to the Society for American Baseball Research, the representation of African American players peaked in 1981 at 18.7 percent and has been fluctuating between 7 and 8 percent since 2009. What factors do you think have contributed to this decline, and how is MLB working to recruit more African Americans to the sport?

A: There are a number of factors, and they’re complex. Some of them have something to do with us; some of them have nothing to do with us. The reality is, society as a whole has changed, and the participation of youth in all sports has in some cases experienced a decline as well as [moved] forward. Neighborhoods have changed; the concentration of where people live and how they live has changed; what used to be offered to people in the public sphere has changed; what has been offered to people through the educational system has changed; models of families have changed. To that end, as a sport, we have gone from having a very successful marketplace with people of color, particularly African Americans, to not being as successful as we want to be today. But I can tell you, baseball has created a tremendous amount of activity and investment toward turning that around — not only continuing the great relationship we have with certain communities, but also building new ones.

We have some great things going on at our urban youth academies; our RBI (Reviving Baseball in Inner Cities) program, [which brings the sport to teenage boys and girls in disadvantaged areas], is flourishing; we’re starting to actually see our draft have more African American representation; and I just came back from looking at career development programs that we have for the current and future stars of baseball and probably saw more African Americans in that room than I’ve seen in the past. And it’s more than just marketing.

The clubs are making some great efforts; individuals are making great efforts. Commissioner Rob Manfred has been dedicated since day one to doing deep dives around our youth initiatives and making sure that [they are] very inclusive. It’s one thing to take a look at the opening-day rosters each year, but it’s almost like looking at an iceberg — that’s what people see on the top, but what’s underneath is a beehive of activity.

I think you will see over time — and it will be very measurable — that there will be more evidence of us bringing folks back to the game — as players, as fans, as people wanting to participate as amateurs and professionally, buying the merchandise and wearing [it]. It is really encouraging because I hear more happening at the organic level than people maybe realize.

Q: Currently, there are only two African American club presidents — Ken Williams of the Chicago White Sox and Mike Hill with the Miami Marlins — and only one black general manager — Dave Stewart with the Arizona Diamondbacks. What changes do you believe are necessary to attract and retain African Americans at this level?

A: What we do have are more people, particularly African Americans, in the player development pipeline, so if I lay out for you the pathway of success for general managers (GMs), there are more people positioned to become the future GMs and presidents going forward. They are assistant GMs — they may be here for scouting or player development — and we also have women in those ranks. Keep in mind there are only 30 such positions, and there’s a long line of folks getting in them. The current incumbents in those positions are not only remarkable people, they are also helping us to facilitate succession plans to bring other people forward. I think you will not only see more African Americans present in those spots, but you’ll also see more people of color, period, taking on those roles.

Q: What lessons can college athletic departments learn from MLB in regard to recruiting and retaining diverse student-athletes and coaches and creating an inclusive space for them?

A: I would love for the education arena, and particularly those on the athletic side, to know that we really appreciate the people they are developing. We know that there’s only going to be a single percentage of [student-athletes] going on in their athletic careers to become professionals. The majority will be people who participate in the game to some extent. They tend to be good students and [are] disciplined and well-versed people. We want to be a part of that development for them, and we want them to know that something like the Business Summit is a place where they can come and learn more about the game and the business, and for those educators to know that this might be an area of interest or learning for [student-athletes].

The range of what can be accomplished with MLB may be wider than what people realize. I think those student-athletes and educators around the sport have a tremendous opportunity and advantage being involved in this, supporting this, and working with us either in an employment capacity or as one of our suppliers.

Q: When you envision the future of MLB, what excites you most?

A: It is continued growth. I’m excited about areas of the business that are very different and very cool and innovative. I’m encouraged to see women and people of color really moving forward in terms of different positions in leadership. It’s exciting to have a new commissioner and other new leadership. I love working with Commissioner Manfred and the members of his diversity and inclusion committee. We have such candid conversations around the impact of diversity and inclusion.

I think baseball has very often been at the forefront of diversity leadership, since Jackie Robinson and Branch Rickey. And after all these years, I am still feeling like we continue to lead the way, and I really enjoy being involved. I think our future is very exciting, very bright.● 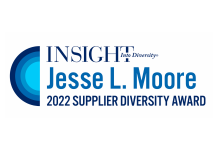 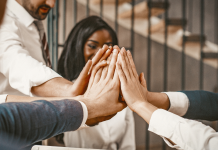 An Interview with the Experts: How Campus Procurement Advances Diversity, Equity, and Inclusion