A federal judge has dismissed a lawsuit filed by the nonprofit group Students for Fair Admissions (SFFA) against The University of Texas at Austin (UT Austin) for using race-based admissions.

“The alleged changes that [SFFA] brings forward about UT’s admissions program do not rise to the level of being ‘significant’ such that they ‘create ‘new legal conditions,’ that would allow for relitigation of these claims,” Judge Robert Pitman of the Western District of Texas wrote about the case dismissal.

The SFFA filed the suit in 2019 on behalf of two White students who claim UT Austin improperly considered race when they applied to freshman classes during 2018 and 2019.

Pitman noted that SFFA had already made similar arguments against the policies in two prior Supreme Court cases, both of which were decided in UT Austin’s favor. The last suit was dismissed in 2020.

As part of this most recent ruling, the judge stated that the students cannot retry the case against the university.

SFFA has sued several other schools for their use of race-based admissions. In June, the U.S. Supreme Court delayed SFFA’s appeal against Harvard University’s affirmative action case. 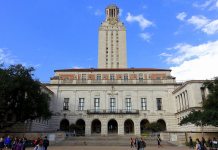