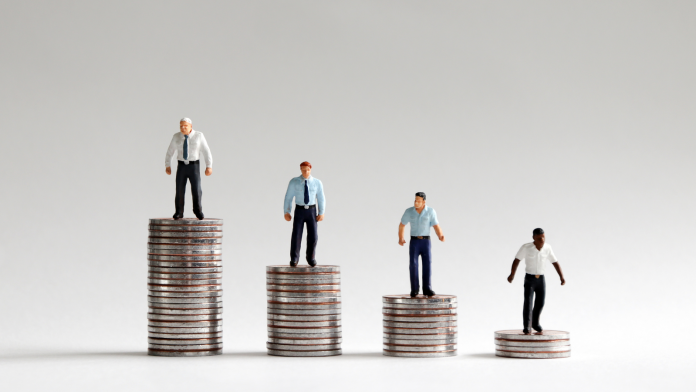 A new survey report from finance company Student Loan Hero reveals that taking an unpaid internship continues to be a common practice among college students, despite the financial hardships that often come with these experiences.

Overall, 24 percent of the U.S. population has worked at some point as unpaid interns, according to the new report. Nearly half, or 47 percent, of those respondents say they had to take on new or expand existing student loans to manage expenses. Black and Latinx respondents were significantly more likely to experience this issue, with six in 10 indicating they accrued education debt as an intern compared with four in 10 White respondents. The majority, or 60 percent, said they took on paid jobs in addition to their internships.

Nearly 70 percent of people who had previously worked as unpaid interns noted the experience was a requirement of their college degree program. More than half, or 54 percent, reported having to pay tuition for the position to count as college credit. Nearly 40 percent had to move for an internship that was not located near their college or hometown. 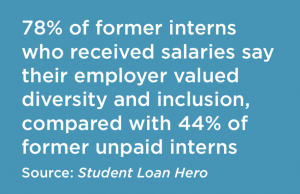 In addition to racial and ethnic disparities, Student Loan Hero reported finding gender gaps as well. Men who worked as unpaid interns were nearly twice as likely to receive a stipend to help with certain expenses, such as transportation. Nearly 55 percent of men, but only 37 percent of women, took a full-time position with an employer after working for them as an unpaid intern.

Based on survey results, nearly 40 percent of Americans think unpaid internships should be illegal because they provide employers with free labor. Nearly 55 percent of respondents agree that these positions give unfair advantages to higher income students who can afford to work without receiving a salary.

Despite such scrutiny, the popularity of these programs appears to be increasing. Four in 10 Gen Z respondents compared with three in 10 millennials say they have worked as unpaid interns.●