The University of Oregon (UO) has filed a federal lawsuit against former campus police officer Troy Phillips that alleges he withheld evidence and falsified reports related to an incident with a Latino bicyclist in 2018, The Oregonian reports.

The bicyclist, Eliborio Rodrigues Jr., was shot and killed in an unrelated encounter with Eugene police in 2019. Before his death, Rodrigues filed notice that he intended to sue the UO Police Department over his arrest by Phillips. The university agreed last week to pay a $115,000 settlement to Rodrigues’ family.

Now, the university’s lawsuit says Phillips should pay for the damages owed to Rodrigues’ estate.

The university claims Phillips had no reasonable suspicion or grounds for stopping Rodrigues and holding him at gunpoint during the incident in October 2018. Phillips allegedly lied about what occurred in the police report and a statement of probable cause.

Phillips also failed to notify a prosecutor that there was video and audio footage of the arrest on his police car’s mobile camera, according to the suit.

Phillips was fired from the university for his “egregious misconduct” in 2019 and is currently being investigated by the Oregon Department of Public Safety Standards and Training, which oversees police officer certification. His lawyer, Dan Thenell, told The Oregonian that Phillips filed a grievance over his termination.

“I have never heard of a department doing this, and I have yet to hear of someone who has heard of this,” Thenell said. “This is attempting to put pressure on Troy to drop his grievance, which is not going to work.” 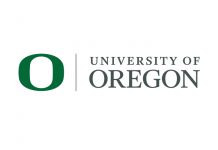