Students at the University of Oklahoma (OU) presented university officials with a list of demands after two videos showing people in blackface on campus surfaced earlier this month.

Organized by the OU Black Student Association, the students demanded that a “zero-tolerance policy of hate speech” be added to the university’s code of conduct book, according to a press release from the student organization. Additionally, students demanded that the university offer more social and cultural courses, increase the number of multicultural faculty and staff on campus, and provide increased financial assistance for African American programs on campus.

The demands come less than a day after nearly 1,000 student and faculty members gathered at a rally on campus to protest the videos.

The first video shows two white students, one with black paint on her face, referring to herself by a racist slur. Following backlash from students and faculty, the two withdrew from the university and released a written apology acknowledging “deep regret” for their actions.

A day after the two students left the university, a second video showing a man in blackface while wearing an OU hat surfaced. In the video clip, the unidentified man is seen silently walking across campus wearing a t-shirt promoting a conservative black internet personality and men’s rights activist.

University President James Gallogly condemned the videos, citing them as a “call to action” for improvements on campus. But Gallogly’s comments, along with recent budget cuts and dozens of teacher layoffs, drew criticism from protesters skeptical of the administration’s commitment to fighting racism at the institution.

The videos have sparked tense debate between students, faculty, and Gallogly on whether OU welcomes students of color. As protesters continued to rally on campus this week, students and faculty were working to unify the university community, starting with town hall meetings focusing on racial justice, diversity, and making the OU campus safe for everyone. 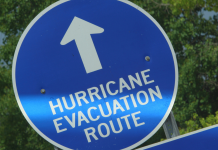