Through a new teacher residency program, the University at Buffalo (UB) is taking a local approach to addressing the diversification and retention of educators in urban public schools.

Funded by a four-year grant from the Cullen Foundation, the program is called Cultivating a Racially, Ethnically, Linguistically Diverse Teaching Force in Buffalo, New York: The University at Buffalo Teacher Residency (UBTR). It is a partnership between UB’s Graduate School of Education and Buffalo Public Schools and is modeled after medical residency programs. UBTR has three goals: increase the number of learner-ready teachers in the city of Buffalo, diversify the area’s teaching workforce, and increase the number of educators who stay in the profession for a minimum of five years.

Part of a larger effort by the graduate school to foster relationships with local institutions, UBTR is designed to provide “a clinically intensive pathway” to teacher certification, says Suzanne Rosenblith, PhD, dean of the school.

“In terms of educational research on teacher preparation, teacher residencies — although still relatively new — are one of the only reform efforts that have actually shown [the ability] to move the needle in terms of teacher retention, diversification of the teaching profession, and student academic achievement,” she says.

A key component of the program is the financial assistance it provides. During the residency, participants receive a tuition scholarship as well as stipends, which Rosenblith says are key to attracting individuals from underrepresented groups to the teaching profession. In addition, she says the funds will prevent residents from having to take on burdensome student loans or hold down a job while teaching.

“This is my pitch: What if you could become a teacher, you could influence the lives of young people, and you don’t have any debt at the end of it? That becomes a game-changer,” Rosenblith says. “Too often I think people who might be interested in teaching may not want to because of the return on investment — you have debt and then you don’t necessarily have an income that’s going to help you get out of debt [quickly]. It changes the conversation when you can remove the financial constraints.”

While many details of the program still have to be worked out, Rosenblith says that Buffalo Public Schools plans to develop an agreement with residents regarding how long they will be expected to teach in the district following completion of the residency.

With the program scheduled to launch in summer 2019, Rosenblith and her staff will be working over the next year to recruit what she calls “expert teachers” — those working in Buffalo public schools who are strong and effective in the classroom and are open to a co-teaching model — as well as baccalaureate-degree holders who want to teach.

While the program is open to anyone, Rosenblith says recruitment efforts will intentionally target underrepresented populations; these include racial and ethnic minorities, individuals who are bilingual, and other populations underrepresented in Buffalo’s teaching workforce. “If we talk to the district and we find that there is an underrepresentation of women in math and science, then that would be a group that we would also seek [out],” explains Rosenblith.

Residents will work alongside teachers in the classroom for an entire year, she says, while also taking university courses to provide them the pedagogical knowledge necessary to be effective. Prior to the start of each school year, residents and teachers will participate in a five-day summer institute together to train them on the co-teaching model and help them begin to form relationships.

In addition to recruitment and preparation, another focus of UBTR is retention — which Rosenblith hopes to address via the creation of a teacher consortium.

“Once you have participated in the residency program, whether it’s as an expert teacher or as a resident, you are part of the consortium, so we’ll all share knowledge, information, and insights with each other,” says Rosenblith. “They would have a place to go where they can get support … as opposed to feeling like they’re alone. I imagine that enough times of feeling like they’re out on their own contributes to them leaving the profession.”

With UBTR, she adds, “the idea is that we don’t just prepare teachers … and then leave them out there; they are a part of UB and the consortium, and we’ll continue to support them and also call upon them to support other residents.”

Rosenblith believes that teacher residencies have the power to not only improve the recruitment and retention of diverse teachers in urban school districts, but also precipitate sustainable culture change.

“You have to understand the conventions of the particular district that you are working with, and by that, I mean its organizational structure. You have to take into account the students in those communities and what their needs are,” Rosenblith says. “I think that there are essential features that you [are likely to] see in all residency programs, but there has to be this experimental spirit to it because it has to be nimble enough to be responsive to the setting.”

Alexandra Vollman is the editor-in-chief of INSIGHT Into Diversity. This article ran in our July/August 2018 issue. 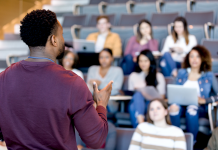 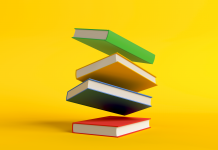