“America First” — the mantra of the Trump administration — may energize conservative crowds in the U.S., but the response to President Donald Trump’s isolationist rhetoric and policy decisions has been less positive globally. For foreigners struggling to understand the rapidly changing political landscape in the United States, the more than 300,000 American students studying abroad each year are often a first line of communication, says Margaret Wiedenhoeft, executive director of the Center for International Programs at Kalamazoo College.

[Above: Kalamazoo College students during a study abroad semester in Erlangen, Germany]

“I think one thing that happened almost immediately in the aftermath of the election was … people saw [students] as representatives of the United States, and they were very interested in trying to understand how [Trump] could have been elected president,” says Wiedenhoeft.

Timothy Barton, director of student life and support services for the College of Global Studies at Arcadia University, says he has witnessed a similar phenomenon in his school’s study abroad program. Students were “forced to think about the change in administration very differently, from a global perspective, which they weren’t anticipating prior to going abroad,” he says.

While neither Wiedenhoeft nor Barton have heard any reports from their students of direct confrontations or animosity while they were studying abroad, Barton says that the intensity level of the questions his students have been receiving from people in their host countries increased once Trump took office and began implementing some of his campaign promises. “During last fall,” says Barton, “the comments to students were, ‘How in the world is this guy running for president?’, ‘How is this not a joke?’, and ‘How are people voting for this candidate?’ And in the spring semester, it was ‘How are you allowing this to happen?’, ‘How are you allowing the travel ban to go into effect?’, and ‘How are you allowing him to take this position on healthcare [or] on LGBTQ issues?’”

The change in tone experienced by Barton’s students parallels falling global confidence in the United States. A study of 37 countries published by the Pew Research Center in June found that favorable views of the U.S. have fallen from 64 percent when President Barack Obama was leaving office to only 44 percent under Trump’s presidency. The drop may be in part due to low global approval for some of Trump’s key priorities, including withdrawing from climate and trade agreements, building a wall between the U.S. and Mexico, and instating an international travel ban on people from a number of Muslim-majority nations.

It’s too early in Trump’s presidency to know how the tension between parts of the global community and the United States will ultimately affect the number of American students who decide to study abroad. But for the moment, both Wiedenhoeft and Barton aren’t seeing a noticeable drop in their programs’ numbers due to the change in administration. What they are seeing is increased concern from students about how they’ll be received in their host countries.

Wiedenhoeft has taken to telling them that creating a strategy for inevitable political discussions is as essential for traveling out of the country as going to the doctor is. “One of the first things I would tell students,” says Wiedenhoeft, “is ‘First of all, they’re going to ask who you voted for. Obviously, that’s your [personal] information, and you can choose to respond to that how you wish — but you will be asked. And, you will probably get an opinion about who you voted for either way.’”

She encourages students to think of the current political climate as an opportunity as much as a challenge, though. “I think, for the most part, our students … do tend to be quite politically engaged,” Wiedenhoeft says. “So often, they may end up having good conversations.” Students can use curiosity about politics and government in the United States to start conversations with host country nationals about governmental and social systems in their countries. Wiedenhoeft says that even something as simple as a question about the U.S. Electoral College could provide an opportunity to learn about how votes are tallied in their host country.

For Barton, it’s important that students understand that interest isn’t the same as animosity. “An individual who you might meet out at a pub … [who asks you] questions … is probably not attacking you, but rather wants to engage in conversation,” he explains. “And the onus is on [students] to be informed about and understanding of the situation at home, as well as to be able to speak intelligently about what’s happening.”

NAFSA: Association of International Educators calls study abroad programs “fundamental to fostering peace, security, and well-being” — a sentiment shared by Wiedenhoeft and Barton. “I think [sending student ambassadors out into the world] has always been important, because they are the ones who have contact with folks on the ground,” says Wiedenhoeft. In-person contact is especially important, she says, because many people in other countries may only know about the United States through films or books. “[Study abroad] is always an opportunity to represent a [U.S.] student in many layers — who they are as a person, their larger community, and their nationality.”

She worries, however, that maintaining thriving study abroad programs under Trump may be more challenging if barriers to international travel are heightened. “I think what’s really important is that we keep up the habit of wanting to know people who are not like ourselves,” says Wiedenhoeft, “and wanting to do it in a respectful way that is educational and energetic and gets to that piece about getting to know someone better.” She hopes that the experience of studying abroad will lead young people to question stereotypes and to develop the ability to consider and reject unfounded assumptions about other countries.

Barton focuses on the flip side of the cultural-exchange equation, emphasizing that as Trump implements more isolationist policies, study abroad becomes even more essential for showing the world that Americans are still interested in communicating and collaborating with the global community. “As a section of the United States turns inward,” Barton says, “it becomes more and more important for others to go out … to show the case that, [while] America is doing this, Americans are doing something else.”● 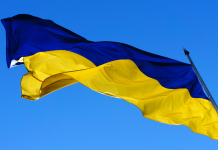