The American Indian College Fund has accomplished much, and has more to do

If everyone who has received scholarships from the American Indian College Fund decided to attend the organization’s 25th anniversary gala in Los Angeles in April, the group would need to rent out the Rose Bowl, and still thousands of grateful recipients would have to stand.

Those 100,000 scholarship recipients are just one important part of the Fund’s efforts to improve the lives of Native Americans. The nonprofit organization also provides financial and other support to the 34 accredited tribal colleges in 13 states, bolstering their offerings and supporting their attempts to make sure that Native Americans have a full range of educational opportunities.

In the last year, the Fund’s efforts have been receiving high-profile recognition. In June, President Obama toured the Standing Rock Reservation, becoming only the fourth U.S. president to visit an Indian reservation.

“This is nothing short of a national crisis. All of us, including the federal government, have an important role in helping to improve the lives of Native youth,” the report concluded.

AIC Fund president Cheryl Crazy Bull, whose Lakota name Wacinyanpi Win means “they depend on her,” recently spoke with INSIGHT Into Diversity, looking back on a quarter century of successes as well as the challenges ahead.

Q.  The first tribal college was opened by the Navajo Nation in 1968. What was the motivation for that school?

A. The idea of junior colleges on reservations, or tribal colleges or institutions that served Native American students, had been around for a really long time. But I think that there was a convergence of activism and readiness that occurred in the late 1960s and early ’70s that was the impetus for people in tribal communities to create these tribal-controlled institutions.

It was part of the fabric of what was going on in the United States at that time. I think it was also a time when there was a lot of political support for self-determination.

This was a time period before the passage of landmark legislation in the Indian Self-Determination Act. There was this idea that people could practice self-determination. They could make their own decisions about their assets and resources.

A. In those days, people were activists. So the experience that they had with creating new ways of educating people or restoring traditional ways of educating people — that really occurred. Today, I think the economic environment is so different. The kind of activism that is needed now is much more global. People are very concerned about climate change issues and social welfare issues.

Q. Is there a need for more tribal colleges?

A. There is plenty of room for new colleges because each tribe is unique, and that means that they have particular interests in preserving their way of life and managing their capital and their natural resources. Although there are collaborations among tribal colleges, and there are some institutions that serve multiple tribal nations, there is always the need for institutions that are focused on that particular nation.

Q. What impact does having these colleges have on Native Americans?

A. The percentage of Native people who have college degrees is less than 11 percent — considerably less than other groups. However, we wouldn’t even have that percentage if not for the tribal colleges. It would be an even more dismal figure.

Tribal colleges have given people the opportunity to earn certificates and degrees, or to take one or two classes, which are restorative as far as their tribal knowledge, and gives them a skill that enhances their employment, or provides them with greater knowledge.

I think that the impact has been incredible. There are literally hundreds of teachers and nurses and natural resources personnel that we would not have today if not for tribal colleges. It has had a huge impact on education.

Mainstream institutions need to find resources that help Native American students be included, help them find solutions when they run into obstacles that threaten their ability to stay in school, and help them with the social environment that they find themselves in. On the other hand, tribal colleges really have to address some of these challenges that our communities face with regard to economic issues and other social concerns. So they each have different things to offer. No one choice is better than the other — each provides a unique experience.

And a lot of tribal college students transfer. About half of the tribal colleges don’t offer bachelor’s degrees, and even those that do, provide them in a limited area. So we are helpful and supportive of the students who do transfer. We see this as we’re all in this together.

Q. Where is the Fund in the maturation of its development as an institution? Are you looking to expand your influence?

A. We have positioned ourselves for exponential growth. The College Fund has been very successful as a Native-run nonprofit. We are the leading provider of support for tribal college students. We have benefited from a lot of incremental growth. Right now we are working hard on a 25th anniversary $25 million goal in addition to our regular fundraising efforts.

We really hope to have exponential growth because we are seriously underfunded and thus unable to meet all of the students’ needs. We want to be able to do more.

Where we are expanding is in providing more support for students with their career education and some additional skills to help them stay in school. We have historically been able to give some leadership development, and we are hoping to continue growing that. We are looking to offer students a little more wraparound service.

Ultimately, we are really focused on helping students complete. Our goal is to bring greater resources to the tribal colleges so they can implement best practices around student retention.

Q. What are the completion rates for Native American students?

A. We are focused on the completion rates of our scholarship recipients because we have some control over that. Right now that completion rate, with imperfect data, is about 18 percent, which is remarkable with what students have to overcome. But our goal is to get that up to 60 percent by 2025.

That’s a big goal. But we need to be audacious because it’s a pretty major issue. I’m optimistic.

I am also, of course, very committed to finding ways to create partnerships that help people bring their resources to meet those needs.●

Richard Jackoway is the editor of INSIGHT Into Diversity magazine.  You can learn more about the American Indian College Fund by visiting www.collegefund.org. 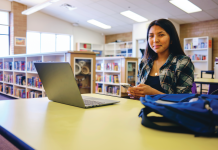 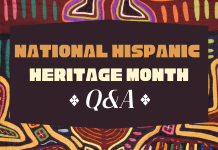