As members of college and university presidents’ cabinets, chief business officers (CBOs) are charged with managing millions and, in some instances, billions of dollars for their respective institutions while enjoying considerable salaries. Yet, according to 2016 data from the National Association of College and University Business Officers (NACUBO), only 11.2 percent of CBOs — also known as chief financial officers (CFOs) — are people of color.

The “National Profile of Higher Education Chief Business Officers,” which NACUBO conducts every three years, surveys two- and four-year, public and private colleges and universities — both members and nonmembers — as well as nationally accredited for-profit institutions; it tracks demographics along with a variety of other factors. Findings from the 2013 survey revealed a CBO workforce that was 10.4 percent people of color, representing less than a 1 percent increase between 2013 and 2016.

However, there may be a silver lining for this workforce that is largely composed of older white men.

The average age of survey respondents in 2016 was 56.1. According to NACUBO, this finding, along with the fact that nearly 44 percent of CBOs said their next career move was retirement, may mean more opportunities for greater diversity going forward.

“We are starting to see increased [turnover] now,” says Kenneth E. Redd, senior director of research and policy analysis with NACUBO. “In our 2016 report, approximately four out of 10 CBOs said their next clear move was retirement. Many of those were 60 years old or older, so I do suspect that next time we do our study, we will start to see a little bit more movement toward diversifying the profession.”

Even so, such growth is not likely to translate to increased funding for campus diversity efforts. While CBOs are responsible for making recommendations to senior-level cabinet members regarding the allocation and budgeting of finances, ultimately it is the president and board of trustees who make the final determination on big-picture financial decisions, Redd says.

Many CBOs, however, have expressed a desire to have greater influence on their campuses. In ranking the most important aspects of their job besides managing their institution’s financial resources, 2016 survey respondents cited “strategic thinking and decision-making,” followed by “leading change and fostering innovation.” Additionally, 40 percent of CBOs said the most important factor for staying in their current job was “integrity/ethical mission/culture,” followed by 24.7 percent who cited the “ability to implement change.”

Darrell Bazzell, senior vice president and CFO of The University of Texas at Austin (UT Austin), says it’s important to him to be able to lead change on campus, especially with regard to diversity and inclusion. And at UT Austin, he feels he truly can have an impact.

“I’m part of the president’s leadership team, which means that I collaborate closely with the president, the provost, and other vice presidents on strategic initiatives that strengthen the university administratively and academically,” says Bazzell, who is African American. “This includes conversations about the institution’s overarching diversity and inclusion strategy and how policy decisions directly or indirectly affect our progress on diversity and inclusion.”

According to NACUBO data, such collaborative arrangements are not the norm in higher education. Despite many CBOs’ desire to have more of a positive impact on their campuses, their role is largely viewed as one of a supporter rather than a partner.

“There’s often a disconnect between the expectations of the president and the board and [those] of the CBO,” explains Redd. “CBOs see themselves very much as strategic partners in helping their institution not just with finance and revenue but with strategic direction, recommending new areas of business or implementing new academic programs, … whereas oftentimes, presidents and their boards just see the CBO as the person who is in charge of making sure the budget is balanced and dealing with financial reporting.”

When it comes to campus-wide diversity efforts, Redd says these are led by presidents and provosts — not CBOs. He does believe, however, that female and underrepresented CBOs can have an impact in other significant ways.

“Where I do think a CBO of color or a woman makes a difference is in mentoring people on staff and also guiding the president, provost, and cabinet members on further diversifying the cabinet,” he says. “I think that’s where you’re going to see the focus or the strength of a CBO related to diversity — more recruitment and retention of directors of finance and accounting who are women or people of color.”

Indeed, where CBOs are likely to have the most impact is in their ability to influence senior executives’ views about the value of diversity.

“Success in any organization depends on the leadership’s ability to recognize the importance of diversity in the workplace, but this is especially crucial to achieving in higher education,” Bazzell says. “CFOs today rarely lead homogenous workforces, and we serve increasingly diverse communities. The nature of service and stewardship are to make sure that diverse voices are included and heard if we hope to be successful.”

Alexandra Vollman is the editor-in-chief of INSIGHT Into Diversity. This article ran in our October 2018 issue. 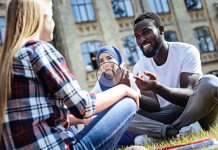 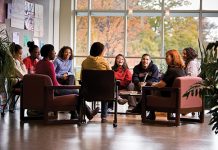