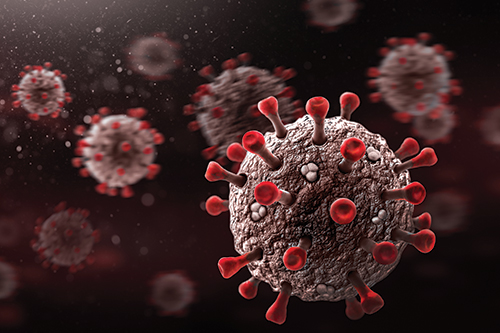 On May 15, President Donald Trump formally announced Operation Warp Speed, an initiative to develop, manufacture, and distribute hundreds of millions of COVID-19 vaccine doses by the end of 2020. Trump has even stated that the vaccine could be publicly available before Election Day on November 3. However, this timeline has health experts concerned and Americans — including a large percentage of college-aged adults — apprehensive about receiving a vaccine that hasn’t been adequately tested.

In a survey conducted by the Associated Press-NORC Center for Public Affairs Research in May, 35 percent of those polled between the ages of 18 and 29 said they wouldn’t get vaccinated, and 22 percent said they weren’t sure if they would. The survey also showed that African Americans are the least likely of all racial and ethnic groups to get the vaccine, with only 25 percent saying they would be willing to do so.

Public concerns about the safety of a rushed COVID-19 vaccine is of particular importance for colleges and universities amid efforts to reopen campuses while reducing the risk of infection. Many institutions have found that strict health and safety guidelines are simply insufficient when it comes to preventing rapid, large-scale spread of the virus. Within the first week of the fall 2020 semester, the University of Alabama reported an outbreak of more than 500 cases; at the University of Iowa, cases soared to more than 1,600 within three weeks of reopening.

Now, many are wondering if the only way for higher education to truly resume business as usual is with the creation of a vaccine.

Vaccinations for college students aren’t just a concern for on-campus safety, but also for the communities where universities are located. The World Health Organization issued a warning in August that young people under age 40 are the main spreaders of COVID-19 because they often have less severe symptoms or may be asymptomatic and thus unaware they’re infected. As shown with the high number of cases on campuses, students are most likely unknowingly spreading the virus to more vulnerable groups in their communities, such as elderly adults and immunocompromised individuals.

While public suspicions toward vaccines may make some universities hesitant to enforce compulsory vaccination requirements, there is also potential legal liability to contend with and the possibility schools could be found at fault for not implementing sufficient protocols to ensure the health and safety of its campus community.

Universities are already becoming stricter when it comes to requiring flu vaccinations. Massachusetts is one of the first states to now require all K-12 and college students to receive flu shots by December 31. According to Dr. Larry Madoff, medical director for the state’s bureau of infectious disease and laboratory sciences, this is a necessary step in reducing the number of cases that normally inundate healthcare systems during flu season, which could potentially detract resources and care from COVID-19 patients. “It is more important now than ever to get a flu vaccine because flu symptoms are very similar to those of COVID-19 and preventing the flu will save lives and preserve healthcare resources,” he said in an official statement in August.

While vaccinations for illnesses like measles, meningitis, and Hepatitis B are typically required at most colleges and universities, exemptions still apply. However, there is legal precedent that could allow states to make COVID-19 vaccinations mandatory. This law, which is a provision to the 14th Amendment of the U.S. Constitution, was established in the Jacobson v. Massachusetts Supreme Court ruling in 1906, which gave states the authority to enact health laws such as compulsory quarantines and vaccinations to protect citizens.

Dr. Stephen Hahn, chief of the U.S. Food and Drug Administration, has attempted in several op-eds to assuage fears by highlighting the organization’s commitment to providing safe prevention options for the virus. In an article in The Washington Post published on August 5, Hahn explained that clinical trials will take time, but the wait is necessary. “It takes time for the human body to develop immunity, and it often takes time for side effects to emerge. While speed is essential in this global emergency, we at the FDA are committed to maintaining strict scientific principles and protection for those who volunteer as test subjects,” he stated.

On September 2, the U.S. Center for Disease Control and Prevention released guidelines stating a limited number of vaccines may be available to healthcare workers and high risk groups by early November, and that vaccine supplies should increase substantially by 2021. However, as of publication the full timeline for an approved COVID-19 vaccine for the general public is still uncertain. For students, faculty, and staff alike, there is an urgent desire to return to normalcy. Yet even once vaccines are accessible, there will still be many questions to answer before safety guidelines can be eased and campuses can be fully functional.●