If the nation’s most highly selective colleges and universities know one thing, it’s that money talks. With endowments in the tens of billions of dollars and tax advantages for the vast majority of them, these institutions have continued to operate as they always have — enrolling large numbers of wealthy, high-achieving students — while failing to account for the increasing socioeconomic diversity of today’s college-going population.

Yet, as the American public’s support for higher education has waned in the last few years, institutions of higher education, particularly highly selective ones, have been unable to avoid government scrutiny. Recent action, such as the passing of the Republican tax bill, has shown that liberal elitism has no place in U.S. higher education.

Passed in December, the new tax code imposes a 1.4 percent tax on the endowment income of colleges and universities whose investment assets exceed $500,000 per full-time student. For some higher education experts, this action — which will likely affect about 20 or so of the most selective institutions in the country — is a result of their role in advancing income inequality in the U.S.

“I think that if [these institutions] had shown more of a willingness to have a more diverse student body and be open to admitting a larger cross section of American students, they may not have been a target for Congress,” says Martin Van Der Werf, associate director for editorial and postsecondary policy at the Center on Education and the Workforce (CEW) at Georgetown University. “When people criticize the elite, selective colleges, you have to admit that some of that perspective is well-founded. When you are educating the top 1 to 5 percent of all wealthy people in society — they’re primarily white [and] from the same communities — that’s the textbook definition of elite.”

Specifically, 38 elite colleges have more students from families in the top 1 percent of incomes than from those in the bottom 60 percent, according to the CEW report The 20% Solution: Selective Colleges Can Afford to Admit More Pell Grant Recipients. Co-authored by Van Der Werf and his colleague Anthony P. Carnevale, the report examines the potential effect on colleges of requiring that at least 20 percent of their student enrollment be Pell Grant recipients — a proposal that was considered and ultimately abandoned by Congress last year.

According to the report, at nearly one-third of the 500 most selective U.S. institutions, less than 20 percent of students receive a Pell Grant. These numbers are especially troubling given that most of these schools are nonprofits, meaning they enjoy tax-exempt status in addition to having endowments in the billions of dollars.

“Colleges and universities are getting a lot from the federal government; they not only get to participate in federal student loan programs, but most … are also the recipients of large federal grants for research. [Nonprofit institutions] also receive a lot of tax advantages,” Van Der Werf says. “So we think that asking them to have student bodies that are more representative of all college-goers is not an unreasonable request. … The bargain is, we give you tax advantages, you open your doors a little wider.”

This reasoning is the basis for Aaron Klein and Richard V. Reeves’ proposition: Use the endowment tax to hold highly selective colleges accountable for enrolling more low-income students. Klein, a Brookings Institution fellow and policy director for the Center on Regulation and Markets, and Reeves, a Brookings Institution senior fellow and co-director of the Center on Children and Families, co-authored an article titled “New College Endowment Tax Won’t Help Low-Income Students, Here’s How It Could,” in which they argue that the tax could be used “as a tool to incentivize colleges to become more inclusive.”

“There is more dream hoarding than dream sharing going on in most of our top colleges, whether they like to admit it or not,” the article states. Thus, it goes on, “Rather than punishing all colleges with large endowments equally, the goal should be to reward those which are using their funds in an opportunity-enhancing way.”

While Klein bemoans the justification behind the new endowment tax — raiding from one group in order to pay another — he believes that exempting or reducing the tax for institutions that work hard to ensure access and opportunity for low-income students could serve as a viable “financial carrot.”

At the very least, the tax raises some questions that deserve examination, Klein says.

“While it’s possible to reject the policy rationale stated behind the endowment tax in the bill, it’s equally important to realize that the current system isn’t hunky-dory. There are deep flaws in it that may require revisiting existing premises,” he says. “[For example,] why does a university with a $2 million per student endowment have the right to have tax-free earnings on its endowment in perpetuity? Where is that money going?”

This is a question that Van Der Werf has continued to ask himself. According to the CEW report, when highly selective institutions do admit low-income students, they don’t provide enough financial aid to cover the full cost of attendance, and many claim they cannot afford to raise their financial aid budget to the level necessary to enable these students to enroll.

Yet, according to Internal Revenue Service data, the 69 most selective private schools that enroll less than 20 percent Pell Grant recipients each had an average budget surplus of about $139 million over the last four years.

“Consider this example,” the CWE report reads, “Washington University in St. Louis would have to admit 975 more Pell Grant recipients to reach an enrollment of 20 percent Pell Grant recipients. Giving $50,000 to each of those students in financial aid would cost the university $49 million annually. But Washington University has run an average annual budget surplus of $232 million over the last four years and has an endowment worth $6.5 billion.”

While Van Der Werf says Washington University has since invested nearly $25 million to increase socioeconomic diversity, this additional spending will help bring the university’s number of Pell Grant recipients to only 13 percent. “That, to us, was an indication that these really wealthy universities have the kind of resources available to really make a difference,” he says.

“It becomes a question of institutional priorities,” Van Der Werf adds, “and if their priority was to get more Pell Grant students, they could afford it. They would just have to move some more money around.”

He recommends that institutions reallocate additional funds for need-based — as opposed to merit-based — aid for low-income students. But as it stands, the current focus of elite colleges, which is rankings, keeps most from taking this approach.

“What we have is a system right now where children of privilege, who are also high achievers, are in many cases going to college for 50 percent off and sometimes next to nothing just because they’re such an attractive candidate that colleges are willing to get in a bidding war to get them to come to their campus,” Van Der Werf explains. “They’re basically trying to buy them so they can increase their average ACT score and therefore rise in the rankings.”

Harvard University, which currently ranks second on the list of U.S. News & World Report ’s Best Colleges (after Princeton University), boasts an endowment that is more than seven times its operating budget. At approximately $37 billion, it represents more than half the total spending of all community colleges in the U.S. and is the largest academic endowment in the world.

Yet Harvard, along with many of the other elite institutions affected by the new endowment tax, has argued that it needs and does use its endowment to provide financial aid to students in need. Still, as Klein says, “They never answer the question, ‘How many of your students are lower income?’”

Another question he believes is worth considering is why the seven employees managing Harvard’s endowment earn a total of $58 million.

“If you’re an alien from outer space and had no context, you could misinterpret a $37 billion hedge fund in Cambridge, Mass., as operating a small nonprofit university called Harvard to minimize the tax burden on interest income from the university,” says Klein.

A Matter of Recruitment
While some highly selective institutions claim there is a dearth of qualified low-income students — making it difficult to significantly increase their enrollment of Pell-eligible students — Van Der Werf says this simply isn’t true. “Our report shows that there are actually about 86,000 students who are eligible for Pell Grants who are not going [to these institutions]. So there are a lot of individuals out there who are qualified, but for whatever reason, they’re not going to these colleges,” he explains. “Either they’re not getting in, or they’re not applying in the first place.”

Even if the issue is a matter of low-income students not applying to highly selective schools, Van Der Werf says the onus is on the colleges to improve their recruitment efforts.

“There’s quite a bit of literature out there that indicates that students from low socioeconomic high schools get very few college visits, they have very few recruiters who come to their campuses, and so they may not really be aware of some of these colleges,” he says. “The research shows that these students exist, and I think for colleges that are really committed to increasing their diversity, the challenge is finding these students.”

To improve recruitment, Van Der Werf recommends that selective institutions partner with nonprofit educational organizations like the Jack Kent Cooke Foundation, which provides scholarship support to exceptional students with financial need, and the American Talent Initiative, a coalition of colleges working to expand access to top-performing colleges for talented lower-income students. Another important approach is to visit areas and school districts with a large proportion of lower-income families, he says.

In addition to institution-level solutions, Klein and Reeves have put forth several policy recommendations. Beyond only taxing schools that don’t achieve a minimum enrollment of Pell Grant students, they suggest funneling revenue from the endowment tax to “pro-mobility” policies in higher education — scholarships or tutoring, for example; reducing the tax for institutions that abandon “anti-meritocratic” practices such as legacy admissions; and providing an incentive for donors to designate gifts explicitly for inclusive purposes, such as scholarships for low-income or minority students.

“Not all the money in the endowment is this giant unrestricted pot that a university can choose to do whatever it wants with,” Klein says. “The reality is that many portions of a university’s endowment are highly restricted based on donor demands. So this is to create an incentive at the donor level to donate more for inclusivity and helping lower-income students.”

While universities would either be penalized or rewarded for their efforts, it would remain to be seen if they would “actually change their behavior or just pay their way out of it,” says Klein. One thing that many do know, however, is that there is an increasing urgency to better serve low-income students.

“As you look at the … college-age population over the next decade or so, it’s going to be shifting rapidly toward more low-income students,” says Van Der Werf, “and in order to give people born into lower socioeconomic classes a better chance of rising up the income ladder, it would be helpful if more of them had the opportunity to attend a selective university.”●

Alexandra Vollman is the editor in chief of INSIGHT Into Diversity. This article was published in our June 2018 issue. In our next issue, we look at how colleges are working to close the graduation gap for low-income students. 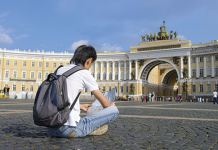