A study published earlier this summer in the journal Sex Roles confirms longstanding anecdotal evidence that Black and Latinx women experience the highest levels of discrimination in STEM, while offering further proof that scientists rely heavily on gender and racial biases in the academic hiring process.

According to researchers, theirs is the first formal inquiry that uses an intersectional framework to examine and analyze such biases — in other words, recognizing that for individuals from multiple underrepresented groups, gender and racial bias are intertwined and cannot be considered separately.

Researchers also found that some scientific disciplines are prone to more gender bias than others.

The qualifications listed on each CV were of equal caliber, but the names of the candidates indicated different combinations of gender and ethnicity. Researchers told the 251 faculty participants that the purpose of the study was to measure the effectiveness of different CV formats.

More than three-fourths of respondents self-identified as male, including 90 percent of the physics professors and 65 percent of the biology faculty. They were asked to rate the competence, likeability, and hirability of each candidate.

Both physicists and biologists rated female candidates as more likeable than their male peers. In terms of competency ratings, however, there was a split across disciplines. Physics professors tended to rate male applicants as more competent, while biology professors did not exhibit as much gender bias.

Professors from both disciplines preferred to hire White and Asian American applicants over African American or Latinx candidates. Women of color were the least likely to be hired.

“[Such findings] are highly consistent with the self-reported, lived experiences of many STEM workers and academics from marginalized backgrounds,” says researcher Asia Eaton, PhD, an associate professor of psychology and women’s and gender studies at Florida International University.

Eaton and the other authors put forth several recommendations to address the high levels of bias within the scientific community. These include listing only surnames on future applicants’ CVs as well as removing any mention of gender or ethnicity in letters of recommendation.

In addition, they suggest replacing the Principal Investigator model of hiring in STEM with diverse hiring committees that are composed of individuals with a variety of perspectives. Finally, they argue for the implementation of implicit bias trainings specifically focused on bias toward women of color. 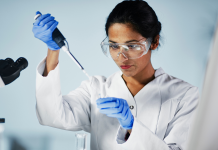 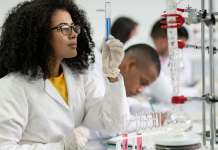