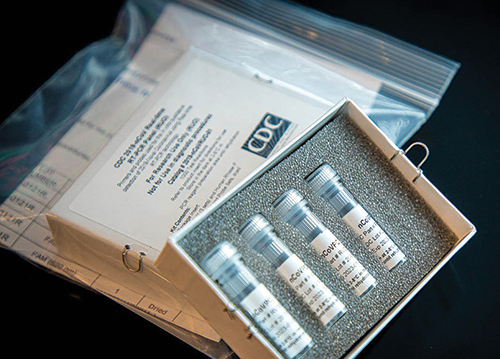 Across the nation, students, faculty, and essential workers are asking universities and colleges to create more equitable reopening plans for their campuses.

On July 17, frontline workers across the University of North Carolina (UNC) system spoke out in protest against its reopening plans. Employees testified in a virtual forum about their apprehension regarding students returning to campus in the fall and their belief that the university system is placing workers at risk — especially Black and Latinx employees who are disproportionately affected by COVID-19. They also contend that UNC has not provided enough protective gear and has made unreasonable changes to shift times without consulting workers.

The forum was part of a webinar series led by the Commission on Campus Equality and Student Equity at UNC Chapel Hill. Graduate students participating in these forums have also voiced their concerns about reopening plans. One such fear concerns students who live off campus in historically Black neighborhoods and their potential to spread the virus to their at-risk neighbors.

The commission, which was created in June to support underrepresented students and stand in solidarity against systemic racism, listed 10 recommendations to hold the university accountable for its “Roadmap to Fall 2020” plan.

The group’s demands include: a fully virtually course option for in-person courses; a weekly update on COVID-19 cases on campus via an alert system; reassess CARES Act funding; enforce more strict on-campus living arrangements; and allow students who chose pass/fail or earned a C or lower to retake up to two courses or withdraw without it reflecting on transcripts.

The commission requested that university leaders join student representatives in participating in a simulation of the recommended policies in what is being called a “Mock-Academic Day.”

The UNC Graduate Worker Collective also issued a response to the school’s reopening plan by creating a petition stating it is not yet safe to return to in-person instruction for the upcoming semester. “We will not commit to a plan or an ‘experiment’ that puts the lowest-paid workers and marginalized students on our campus at the most risk,” the response states.

In addition to UNC, students at the University of Wisconsin-Madison protested the school’s reopening plans on July 18. Students opposed to the plan say it does not take student safety into account. They are demanding that the university provide virtual options for all classes and lowered tuition for online courses.

At Penn State University, a group representing graduate employees staged a “die-in” on July 20 to protest the university’s plans to return to in-person classes for the fall semester. The demonstration was intended to represent the 140,000 deaths caused by COVID-19 in the U.S. thus far.