Billionaire investor Robert F. Smith sparked headlines earlier this year when he promised to pay the tuition of every 2019 Morehouse College graduate. The gesture comes amid a social backdrop where thousands of students struggle to pay for tuition and debt, some even starting GoFundMe pages to pay for college.

Proud alumni and wealthy individuals may want to help their alma maters by donating to endowments, but some professionals suggest giving directly to scholarships to serve students’ best interests.

In May, a philanthropy expert and A nonprofit CEO co-authored a piece titled “It May be Time to Rethink Your College Donation,” published by Boston’s NPR affiliate, WBUR. In the article, the leaders voiced their concern with major donations going to universities with large endowments and how sizeable gifts might not solve college access issues.

Ayele Shakur is a Harvard alumna and CEO of BUILD, a national nonprofit organization that helps teach entrepreneurship to high school students. Shakur says she and co-author Sylvia Brown were having a conversation about philanthropy and mindful giving when they decided to write the article because they noticed donors would make large donations to their alma maters but make substantially smaller gifts to nonprofits like BUILD.

There are effective measures donors can take to ensure their money goes to a valuable cause. For instance, billionaire and former New York City Mayor Michael Bloomberg donated nearly $2 billion dollars to his alma mater, John Hopkins University, with a hope of urging the school to eliminate its need-blind admissions process. The donation increased the school’s endowment by 40 percent to a total of $6.1 billion dollars, The New York Times reported.

Shakur applauds donations like Bloomberg’s because his gift was given with intention of opening doors for more underserved students.

“It’s unrestricted gifts, which too many donors actually give, where there are no strings attached and there are no provisions, and it’s not particularly earmarked for access,” Shakur says. “It’s too many of those instances that goes right into the endowment, or it goes into a food plan or into a fancy gym or other types of enhancement in the school that are not really focused on equity and access and opportunity.”

Other professionals caution against specifying who checks should be made out to. Liz Clark, vice president of policy and research at the National Association of College and University Business Officers, says endowments are equally as important as scholarships.

“We have to ask, ‘What are the scholarships providing access to?’ There is a reason that colleges and universities need resources,” Clark says. “They need money to pay faculty, to build buildings, to stock libraries, to ensure that research facilities are what their students need as they educate them and train them for the workplace.”

Kevin Ladd, COO of scholarships.com, has worked for 20 years in the scholarship field and has served as a former student mentor and scholarship judge.

Ladd says donating to a college is a general gift.

“You’re just kind of feeding into an endowment. They might build a science center with it, they might use it to help kids attend, but you don’t really know where it’s going,” Ladd says.  “With a scholarship, you know exactly what it’s going toward, how many students are going to win, and what the criteria is for selecting them. So, when you donate to the particular scholarship, you know that you are helping this particular type of student.”

Every university has an individualized mission and goal for its community. Clark says institutions make endowment decisions that are responsive to those missions. Clark pointed out resources like nanotechnology labs, infrastructure, and the constant demands of facility upkeep, which are ongoing drains on finances in higher education.

Shakur says when it comes to giving money, donors should do it in a way that ultimately open doors, and they should do research on community programs that help students pursue college.

“If their intent is to help people, they could probably do that in a more intentional way through a scholarship that goes directly to a young person or to a college access program like BUILD that’s actually in the community serving under-resourced kids and helping more of them to get in and through college.” 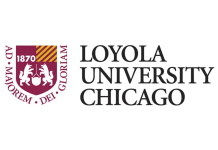