A poster campaign at California State University San Marcos (CSUSM) using images to speak out against racial and cultural appropriation sent a powerful message to the public and the campus community this spring on the harmful effects of stereotypes.

The campaign, titled Beyond the Stereotype, resulted from conversations about the university’s campus climate.

In 2013, members of a CSUSM sorority posted pictures of themselves, dressed as Latina gang members, to social media. A number of Hispanic students protested on campus, and the incident sparked conversations on microaggressions, a form of unintended discrimination, and cultural appropriation, the exploitative adoption of cultural elements of a minority group.

The poster campaign was organized, led, and fully funded by the Office of Diversity at CSUSM, with support from the American Indian Student Alliance and other campus entities. The California Indian Culture and Sovereignty Center at the university and Joely Proudfit, associate professor of sociology and Native studies at CSUSM, developed the poster design.

“As educators, it’s also our goal to inspire and educate students to assume leadership roles in their workplaces and communities after graduation,” said Arturo Ocampo, associate vice president for diversity at CSUSM, in a statement. “Our 21st century world is highly diverse and requires individuals who are open to diverse perspectives and have the skills and competence to deal with differences and communicate cross-culturally.”

In eight scenarios, current CSUSM minority students are seen tearing up images commonly used to exploit their respective racial or ethnic group. For example, in one poster, a Vietnamese American woman tears up a photo of a blonde woman dressed in the Halloween costume of a geisha.

In addition to illustrating why stereotypes are harmful, the images aim to change perceptions and assumptions about minority groups by offering context in the form of historical minority figures appearing in the background of each image, along with biographical information.

Across the top of each poster reads, “There is more to me than what you see. Beyond the stereotype there is history.” The inclusion of profiles of historical figures celebrates the accomplishments of people of different racial and ethnic groups.

Behind the Asian American woman, for example, is the image of Ladda Tammy Duckworth, an Iraq War veteran, double-amputee, and the first Thai member of Congress. Other featured historical figures include Maya Angelou, Sitting Bull, Dolores Huerta, and Dr. Martin Luther King Jr.

The posters were on display in CSUSM’s Kellogg Library from February through May and included interactive displays for students to share instances of microaggressions and to sign a diversity and civility pledge.

CSUSM’s Office of Diversity has also begun offering presentations and workshops related to Beyond the Stereotype, as well as a number of curricular modules to facilitate classroom discussions on cultural appropriation and microaggressions. Plans for future poster campaigns will feature other marginalized groups, such as the LGBTQ community, people with disabilities, and people of different classes and religions.

Beyond the Stereotype resources can be found at: csusm.edu/equity/stereotypes/index.html 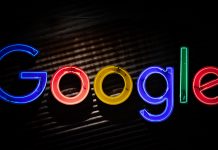 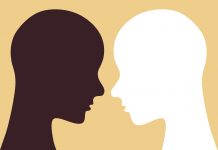