Rutgers School of Nursing-Camden has received funding to begin work on a program to improve health equity for underserved Latino and immigrant populations by strengthening Spanish language skills among its students and faculty.

Made possible by a $600,000 grant from the U.S. Department of Education’s International and Foreign Language Education office, the project will focus on enhancing Rutgers- Camden’s Learning Abroad programs to Spanish-speaking countries via partnerships at the school and affiliated institutions like Atlantic Cape Community College. The grant will also go toward strengthening enrollment in the school’s Spanish for Healthcare Professionals course, which nursing students are encouraged to take prior to studying in Spanish-speaking countries.

Serving as the grant’s primary investigator is Nancy Pontes, an assistant professor of nursing at Rutgers-Camden and a family nurse practitioner who leads the school’s Learning Abroad programs. In the past, nursing students who study abroad have not always spoken the language of their host country, but Pontes believes this ability is critical for connecting with patients both at home and abroad.

Improving Spanish language skills, Pontes said, is “perfect for Camden,” as nearly 40 percent of the city’s residents speak Spanish, according to data from the U.S. Census Bureau.
“We need to train nurses to better communicate in the languages of wherever they work,” Pontes told Rutgers-Camden NewsNow. “This needs to be broadened and become a standard of practice.”

The Department of Education grant will also allow the school to expand
its study abroad program to other Latin American countries, including Bolivia, Guatemala, and Cuba. Rutgers-Camden’s partnership with the University of Havana will provide students the opportunity to study the country’s community-centered approach to population health, which Pontes said could be “transformative” for the U.S. as well as other countries.

“Cuba has a unique healthcare system and one of the longer life expectancies for humans in the world,” she said. “Our students will learn from their community-based healthcare and have the opportunity for cultural interaction.” 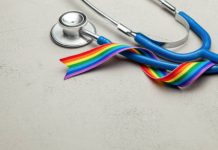