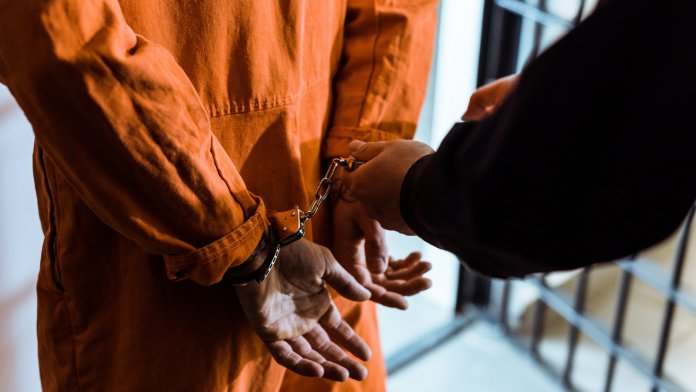 Prisoners across the U.S. have a greater chance of achieving a bright future thanks to a recent decision by Congress to reinstate inmate access to federal Pell Grants.

The decision, authorized on December 27, 2020, reverses a 26-year-old ban on federal student aid that was included in the 1994 Violent Crime Control and Law Enforcement Act for individuals who are incarcerated.

As a result of that ban, the number of college programs in U.S. prisons plummeted from an estimated 772 programs operating across nearly 1,300 facilities in the early 1990s to just eight programs by 1997, according to the Prison Policy Initiative (PPI), a bipartisan think tank.

Yet research has proven that granting prisoners access to higher education is one of the most effective methods for reducing crime. The positive outcomes of college prison programs include lowering recidivism rates, saving taxpayer dollars, and helping former convicts and their families escape the cycle of poverty.

“Allowing people in prison to access higher education is a critical step toward a more equitable society, especially for Black and [B]rown people who have historically been sentenced to prison at higher rates and trapped in cycles of incarceration,” Nicholas Turner, president and director of the Vera Institute for Justice (Vera), said in a statement.

Vera is among several criminal justice reform organizations that advocated for restoring Pell Grant access to prisoners, and its research has long shown the critical role that education plays in transforming opportunities for inmates and their communities. One of the strongest arguments made by Vera and other advocates is that education reduces the likelihood that an inmate will return to prison.

The majority, or 77 percent, of U.S. prisoners are rearrested within five years of release, according to the National Criminal Justice Reference Service. Nearly 57 percent of those arrests occur within the first year of release.

Participation in an education program while in prison, however, reduces recidivism by 43 percent and increases chances of employment by 13 percent, according to the RAND Corporation.

Education is one of the most powerful tools for reducing these high rates of recidivism by helping incarcerated individuals escape what PPI calls “perpetual labor market punishment.” This is the double disadvantage that many former inmates face when seeking employment because, in addition to having a criminal record, they lack education. Less than 4 percent of prisoners have a college degree, according to a PPI study. The U.S. Census Bureau estimates that 40 percent do not possess a high school diploma.

Unsurprisingly, this population faces disproportionately high unemployment rates. One PPI study found that 27 percent of former inmates don’t have jobs. People of color who have the least education fare the worst; 60 percent of Black women who had no high school education were unemployed after serving time in prison compared with 25 percent of their White male counterparts.

In a 2019 report, Vera estimated that 463,000 state and federal prisoners would be eligible for the Pell Grant program. If half of those individuals were to take advantage of the opportunity, their employment rates could rise by nearly 10 percent, it predicted. Combined wages earned by all formerly incarcerated workers would increase by $45.3 million within the first year of release and, perhaps most staggering, the reduction in recidivism would save the government $365.8 million in incarceration costs annually.

The main argument against restoring Pell Grant access for people behind bars is that doing so takes funds away from students in need. President Joe Biden, who was a leading proponent of the 1994 crime bill while in the Senate, has since stated that he regrets having taken this stance, as have other supporters of the bill. Mounting research on the benefits of prison education programs led to increased pressure from both sides of the aisle to reverse the order, and in 2015 then-President Barack Obama restored partial access to federal aid for inmates through the Second Chance Pell Experimental Sites Initiative.

The initiative granted 67 institutions of higher education the ability to enroll incarcerated students using Pell Grant funding on a trial basis. The program, which is capped at 12,000 students annually, has been met with high demand from prisoners and colleges alike. As of spring 2019, it had enrolled nearly 17,000 students and awarded more than 4,500 postsecondary certificates and degrees. Most of those who enrolled went on to get bachelor’s degrees after first earning certificates and associate degrees, according to Vera.

The program’s popularity led then-Education Secretary Betsy DeVos to expand its reach to an additional 67 higher education institutions in 2020. More than 180 colleges applied for the opportunity. 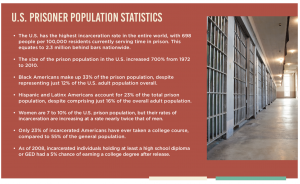 An estimated 64 percent of state and federal prisoners now qualify for Pell Grant funding based on household income requirements. While there is no information available on the number who intend to enroll, several prison education programs are already in the works.

Pitzer College, the University of California, Irvine, and California State University, Sacramento all recently announced plans to launch degree programs in partnership with the California Department of Corrections and Rehabilitation.

In some states, plans to create expansive prison education programs could be bolstered by the restoration of Pell Grant access. South Carolina already intended to begin offering incarcerated people free access to college courses starting in 2021 through a partnership with Claflin University, a historically Black institution. In Wisconsin, the president of the state university system has been pushing to completely transform one of the state prisons into a college for inmates through a plan known as the UW System Prison Education Initiative. It remains to be seen if these potential programs will be affected or if other states will follow suit now that federal aid is available.

Proponents say the restoration of Pell Grants for prisoners could be a boon to colleges and universities that have suffered declining enrollment in recent years, especially in the wake of the COVID-19 pandemic. Other experts have expressed concern that cash-strapped institutions could use the reinstatement of Pell Grants as an opportunity to enroll prisoners in low-quality education programs that don’t truly prepare them for employment or further education upon release.

In a series of guidelines for colleges and corrections departments, Vera cautions that establishing a prison education program is a “significant undertaking that will profoundly affect the lives of students, faculty, and staff” and that such an endeavor takes “time, patience, creativity, and tenacity.” Higher education administrators should recognize that unique factors such as inmate restrictions on internet access and technology may pose significant hurdles. They will need to work closely with corrections staff in ensuring that the education delivered is of the highest possible quality. Perhaps most importantly, the best prison education programs consistently go beyond helping inmates prepare for future careers to affirming their human dignity.●