A study published in the journal PLOS Medicine this week raises questions about federally funded clinical trials and their implications on the health and safety of consumers, particularly those from minority backgrounds.

In a report titled Diversity in Clinical and Biomedical Research: A Promise Yet to Be Fulfilled, researchers at the University of California, San Francisco (UCSF) analyzed National Institutes of Health (NIH) data from clinical trials since the passage of the Revitalization Act in 1993; the act called for more women and minority participation in federally funded research. They found that these trials do not reflect the diversity of the U.S. population, but rather, that the majority of participants remain white and male.

Additionally, their findings show that minorities are underrepresented as investigators and grant awardees; specifically, less than 2 percent of NIH principal investigators on research projects were African American, and the award rate for this group was 13 percent lower than for white grant applicants. Furthermore, 90 percent of NIH funding review boards were white.

Because clinical trials test the efficacy of drugs before they reach the market, the participation of minority researchers and study participants is crucial to ensuring drugs are safe for all consumers. Certain medicines may either be ineffective or have dangerous side effects based on genetic differences between ethnic groups.

For example, certain seizure medications may cause skin and internal organ damage in people of Asian descent who carry a particular gene variant. Also, 75 percent of Pacific Islanders are unable to convert the active ingredient in Plavix, a medication designed to prevent blood clots in patients who have had a heart attack or stroke.

The study also found that since 1993, less than 2 percent of more than 10,000 cancer clinical trials funded by the National Cancer Institute of the NIH included enough minority participants to meet the agency’s own criteria and goals.

Limited access to specialty care centers, where testing is conducted, and a fear of exploitation are two reasons the authors cite for low minority participation in clinical trails.

However, Michael Lauer, the NIH’s deputy director for extramural research, told NPR that the situation is improving.

“Between 2010 and 2014, the proportion of participants in [Phase III] clinical trials who are black has increased from 10 percent to 23 percent,” he said.

A tight budget has required the NIH to cut back on the number of clinical trials it conducts, as well as its recruiting efforts to bring more minorities into research. But that could soon change; the federal, FY2016 budget plan passed this week includes a $2 billion increase in funding for the NIH, the largest increase since 2003.

“Fulfilling the promise of the Revitalization Act does not pit a future of precision medicine and the advancement of science against the realization of social justice for underrepresented communities,” the study’s authors wrote. “By reprioritizing our approach to clinical research and recruitment, we may accomplish an even greater goal: to usher in a new era of scientific discovery and health prosperity for all citizens of the world.” 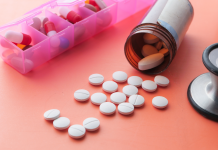