A new report that examines how U.S. colleges affect economic inequality found that 38 higher education institutions, including five Ivy Leagues, have more students from the top 1 percent — families with incomes over $630,000 a year — than the bottom 60 percent, which consists of families earning less than $65,000 each year.

Conducted by The Equality of Opportunity Project — a group of researchers from the U.S. Treasury, Harvard University, and the University of California, Berkeley — the study analyzed anonymous tax filings and tuition records of more than 30 million college students born between 1980 and 1991 to understand the role higher education plays in upward mobility between generations. Using information from this analysis, researchers constructed “mobility report cards,” which include estimates of students’ earnings in their early 30s as well as their parents’ incomes.

The report shows that approximately 25 percent of the most affluent students attend an elite college — those that are highly selective in regards to admission. It also found that less than 0.5 percent of students from families in the bottom 20 percent attend an elite college. However, according to the study’s findings, “at any given college, students from low- and high-income families have very similar” incomes when they graduate; in addition, lower-income students’ performance at elite colleges was nearly the same as those of higher-income students.

Furthermore, the study found that the proportion of students from the bottom two-fifths of the income distribution has not changed much in the past 10 years at elite colleges, nor has access to these colleges broadened in that time. The report also shows that income segregation among colleges across the nation is similar to that of an average U.S. city.

In response to these findings, The Equality of Opportunity Project recommends that national and state governments, as well as colleges and universities, re-examine policies regarding admissions criteria to expand access for lower-income students. It also recommends amplifying targeted outreach to K-12 students, such as implementing mentoring programs in these schools. 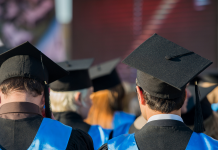