A recent study in JAMA: The Journal of the American Medical Association reported that, while diversity among students of medicine is increasing, it may be decades before this field more accurately represents the demographics of the country as a whole. The City University of New York School of Medicine (CSOM), however, has released new data showing that it has emerged as a national leader in diversity enrollment.

Since 2016, CSOM has attracted students across different socioeconomic, cultural, and national backgrounds: Over 80 percent of those enrolled are immigrants or children of immigrants. In addition, the school leads medical colleges nationwide for female enrollment, as 63 percent of students are women.

According to the school, the success in diversity enrollment at CSOM is in large part due to affordability. Tuition and fees for resident full-time students is $20,200 per semester.

Prospective students also have one less obstacle from getting their medical degree: CSOM does not require student to complete the MCAT, a standardized exam for medical students. Instead, the school focuses on students’ academic achievements, volunteer and leadership experience, and initiative to pursue a medical degree.

The school’s expansive program is also a reflection of the City University of New York’s mission to increase and improve quality healthcare for underserved communities. During the seven-year medical program, CSOM students practice serving underprivileged community through clinical rotations at partnering hospitals in New York City. Students are trained to combat health disparities in urban communities and to use their unique cultural backgrounds to connect to patients.

CSOM will graduate its first class of medical students in 2020. 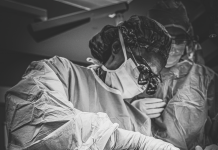 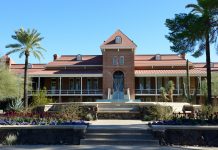