An incident involving racist messages sent to African American students at the University of Pennsylvania (UPenn) has led to the temporary suspension of a University of Oklahoma student and an FBI investigation.

Last week, Microsoft-owned messaging app GroupMe was used to disseminate racist messages to many black UPenn students. Accountholders, using names such as “Mud Men” and “Daddy Trump,” posted messages stating that black students are slaves and inviting them to a daily lynching ceremony. Some posts also alluded to vulgar language used by president-elect Donald Trump — a 1968 graduate of UPenn’s Wharton business school — in a 2005 video.

“This is absolutely vile material and completely offensive to everyone on our campus,” school officials said in a statement to NBC News. “We are both angry and saddened that it was directed to our students or to anyone. The people responsible for this are reprehensible.”

Pennsylvania Gov. Tom Wolf condemned the attacks on Twitter, calling them “racist” and “unacceptable,” adding that he and other state officials will do everything they can “to end and prevent these hateful incidents.”

Microsoft said it immediately removed the messages and is investigating the case in order to determine which user accounts to suspend.

A group of UPenn alumni have also spoken out about the incident, specifically calling on Trump to “break his disturbing silence” on the issue.

“We call on president-elect and Wharton alumnus Donald Trump to follow through on his declaration that the nation must come together by making a full-throated condemnation of these hate crimes and all hate speech,” the group said in a letter posted online. “We will not accept this behavior. We will not be silent.”

UPenn administrators said they are working with the FBI and law enforcement in Oklahoma on the investigation into the source of the messages. 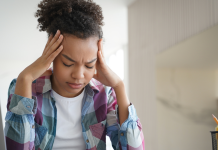