The U.S. Department of Education’s Pell Grant program currently covers the cost of attending college for approximately 8 million low-income students. While Trump’s federal budget proposal preserves the program’s current budget of roughly $28.2 billion, it eliminates the allocation of more than $5 billion to help the program keep pace with rising tuition costs over the next two years. The higher education community has criticized Trump’s proposal, saying that cutting additional funding for the program would have far-reaching consequences not only for college accessibility for millions of students, but also for the economic viability of schools that rely on these funds.

In a letter sent to Congress on April 5, 576 colleges, universities, and higher education organizations urged lawmakers to preserve and strengthen the Pell Grant program and several others that serve primarily low-income and underrepresented students, including Federal Work Study (FWS) and TRIO programs. Such initiatives play “a key role in ensuring that our nation has a highly skilled workforce and individuals are able to pursue their higher education goals,” the letter states.

One day after the letter was sent, U.S. Sens. Rob Portman, R-Ohio, and Mark Warner, D-Va., presented a plan to expand Pell eligibility to high school students taking dual-credit college courses. In a press release, Warner stated that the “Go to High School, Go to College Act” is necessary to “provide more qualifying high school students with an opportunity to get ahead … and push them one step closer to graduation and success.”

The Trump administration has recently demonstrated a more sympathetic stance regarding some efforts to expand the Pell Grant program. Last week, the White House announced that students who use these funds to pay for semesters at schools that abruptly close won’t have those semesters counted against their Pell eligibility, which is limited to 12 semesters. The decision supports a plan by the Obama administration to help the more than 50,000 Pell Grant recipients who attended the now-closed Corinthian College and ITT Technical Institute.

Similarly, Education Secretary Betsy DeVos recently expressed interest in expanding the program to include summer courses. Currently, Pell grants can only be used to cover fall and spring semesters. Supporters of the expansion say that it would help low-income students graduate more quickly; however, it is unclear how such an expansion would be funded in the face of the proposed budget cuts. 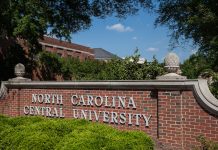