Elon University takes pride in its origins in the traditions of the United Church of Christ. That heritage equips us to value civil and human rights, to take the spiritual life seriously, and to seek the education of the whole person for our students. That tradition also paves the way for our multi-faith efforts and our additional efforts to welcome Muslim students on our campus and ensure their success. The conversations surrounding Muslims in the state of North Carolina, as well as nationally and internationally, help provide context for why an emphasis on the Muslim experience on your own campus is crucial.

Two recent incidents in North Carolina offer an illustration. The first occurred at Duke University, a school formed in the Methodist tradition. The university announced that it would hold the Muslim call to prayer from its chapel tower on Friday afternoons. The call occurred once. Further occurrences were quashed by threats of violence and loud demands from some alumni and a few vocal Christian leaders to withhold funding. A student reporter called the Elon Office of Religious and Spiritual Life to inquire whether Elon might consider broadcasting the call to prayer on campus, and if so, what considerations would be necessary before making such a “bold move.”

This instance highlights the tensions around creating a place for Muslim students on historically, actively, and/or predominantly Christian campuses.

In the second incident, three young people in Chapel Hill were murdered execution style. They were students or alumni from the University of North Carolina at Chapel Hill and North Carolina State University. The police determined the murders to be a result of a dispute over parking, but in North Carolina and around the world, social media posts and mainstream media editorials claimed that their Muslim identities made them targets. The man charged with the murders was an atheist who had made disparaging comments about religion on social media.

This instance underscores a need to have systems in place to care for those who identify with communities often targeted by violence and provide opportunities to discuss various perspectives on international events, as well as perceived biases and inequities in the media’s coverage of crime.

In thinking about building a robust, religiously diverse community, you must consider the campus and the local, national, and international climate, as well as elements you must have in place to encourage an equally visible and happy community of Muslim students. This is of particular concern as the lack of understanding around Islam and media attention both appear to be growing. Here are some items to consider.

Perhaps you already have a strong Muslim population on your campus and are looking for ways to support them; if so, skip ahead to the next section. If not, pay attention to messages you send in recruiting students and colleagues, and ensure that you are providing information that helps Muslims see themselves on your campus. Broaden recruitment areas in order to achieve a more diverse pool of applicants. Pay attention to parts of the United States with growing Muslim populations, not just other countries.

A Convenient Place to Pray

Observant Muslims pray five times daily. They can download a schedule of prayers to designate the correct times; however, they can pray on their own schedule if they are in class or otherwise occupied during those times. They can pray wherever they find themselves — in their place of residence, in the park, or in a prayer space dedicated for their use. The direction of Mecca should be determined in that space.

If you offer a prayer space, there should be no “graven” images of created beings; Islamic art is almost completely calligraphic for this reason. Avoid landscapes, animals, and people. The space should preferably be carpeted; prayer rugs are easily obtainable and should be provided.

Observant Muslim men are expected to attend the Friday congregational prayers at the mosque or Islamic center. If there is not one on campus, the men can join a local community, if there is one within a reasonable distance. Women are neither required to nor restricted from joining the Friday prayers, but if they join, they should pray behind the men or in an adjoining room.

A Place to Wash Before Prayer

Many American Muslims have, out of necessity, learned to wash their faces, hands, arms, mouths, and feet in bathroom sinks before prayer. This is, however, not dignified. One solution is to provide a basin with a faucet or showerhead low to the ground. You could also make several pairs of flip-flops available for travel from ablutions to prayer spaces.

Any male can lead Friday prayers, or prayers can be recited without a designated leader. Some of your students may not be comfortable leading prayers. Most Friday gatherings also include a short sermon from the Quran. A faculty or staff member can usually supply this teaching if an imam, the traditional Muslim leader, is not available.

This year, Ramadan falls during the summer. When it occurs during the school year, you need to allow students to carry out from the dining facilities food sufficient for a substantial pre-dawn meal and an evening meal to break the fast. Many dining facilities are reluctant to offer this kind of carryout and will need to be educated; containers for the food will need to be made available during the 30-day fast. However, do not assume that all Muslims on campus are fasting. It would be an act of hospitality if students from other faith traditions were willing to provide and take part in breaking the fast.

Muslims, including the less observant ones, will avoid all pork products and products with any alcohol. Foods cooked in wine sauce or with vanilla extract need to be avoided or well- marked; they are forbidden even if the alcohol has been cooked off. The best solution is for the dining facility to clearly mark ingredients and have a conversation about what should be avoided. Avoiding pork, for example, covers other religious groups’ dietary restrictions as well.

Some students will not take an excused absence, but Muslim holidays, such as Eid al-Adha and Eid al-Fitr, are occasions for families to gather.

A Section of Your Website Specific to Muslim Life on Campus

Devoting a part of your website specifically to Muslim life makes potential students aware of the resources on campus and in the surrounding community; it can include programming that indicates the presence of Muslims on campus and a holiday calendar that notes Muslim celebrations. A social media presence, websites, and opportunities for discussion will also provide an informal space where people can learn about your institution and decide whether the campus climate is suited to them.

In addition to these considerations, be prepared to have important dialogues in respectful ways. Foster religious, cultural, and political discussions that acknowledge the complex and difficult issues of the Israeli-Palestinian conflict. Allow for community members to enter into this complex conversation in informed ways. Be aware of the potentially uneven numbers of religious adherents from different traditions, and ensure that dialogues do not become debates with only two sides — each closely associated with a particular group of religiously affiliated community members (i.e., 20 Jewish or Christian students debating against two Muslim students).

Be prepared to offer pastoral care and/or engage in dialogues swiftly and effectively when big events occur. Create a clear plan for how you might respond to an act of hate perpetuated on your campus or negative campus energy around a local, national, or international incident.

Initiate programming around Islam even before you have a critical mass. This programming could be a signal of basic understanding and respect on campus, as well as helpful training for students from other traditions.

It’s optimal for faculty and staff to have training on Islam and Muslim culture. Such training can be infused into existing diversity and inclusion efforts around inclusive classrooms and workplaces, as well as into university-wide programs such as new faculty and staff orientation. It can also be accomplished in small sessions specific to each department and position, such as admissions, senior leaders, and department chairs. A weekly lunch-and-learn session could also feature a different prominent religion per week, putting education about each one in context.

It is also good to connect with nearby Muslim communities. Existing relations — helpful for their own sake — are especially beneficial in times of crisis.

Islam is the fastest-growing religion in the United States. Colleges and universities should take advantage of this growing population and recruit Muslim students to enrich the diversity of their campus, and they must ensure they have structures in place so that Muslim students and colleagues flourish.● 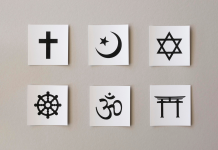 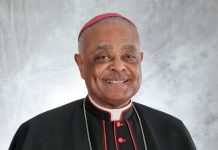 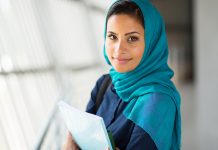