In 2015, approximately 20 percent of children in the United States lived in poverty, according to the U.S. Census Bureau. That is to say, nearly one in five children were part of a family — composed of two adults and two children — that had a household income of less than $24,339 a year. Other data, pertaining to the federal government’s free and reduced lunch program, suggest that a staggering 51 percent of pre-K through 12th grade students reside in low-income households. In both instances, the notion that public school classrooms across the U.S. are replete with economically disadvantaged students poses important questions and challenges.

Early and Lasting Effects
“The impact of poverty on a child’s academic achievement is significant and starts early,” says Jonah Edelman, PhD, co-founder and chief executive officer of Stand for Children, a nonprofit education advocacy organization. “Young children growing up in poverty face challenges with cognitive and literary ability and [often] begin school both academically and socioeconomically behind their peers from higher-income backgrounds.”

In its 2016 report, The Condition of Education, the National Center for Education Statistics attributed living in poverty during early childhood, in part, to lower levels of academic performance “beginning in kindergarten and extending through elementary and high school.”

Beyond education-related deficiencies, low-income children can experience inadequacies with physical and cognitive development and disparities regarding access to healthcare and to key resources that help ensure success. Furthermore, data show that low-income students are five times more likely to drop out of high school than those who are high-income and 13 times less likely to graduate from high school on time.

For many of these young people, both their families’ financial situation and their experience in under-resourced K-12 schools have long-term effects on their ability to enter and succeed in postsecondary education, according to Watson Scott Swail, EdD, president and CEO of the Educational Policy Institute (EPI). EPI is an international organization dedicated to expanding educational opportunities for low-income and other historically underrepresented students through research and analysis.

“[These students] do not possess a good foundation of education ability, and college, for the most part, isn’t on their agenda,” Swail says. “For those who do manage to go to college, they are, on average, ill-prepared for the journey. Their poor academic preparation handicaps them the entire way, as do poor time-management and study skills.”

“One cannot dismiss the financial pressures facing these students as well,” he adds. “Even for those who receive full Pell Grants and some institutional aid, that rarely provides enough to cover their needs, and their families typically do not have the wherewithal to help.”

The ability to earn a college degree matters because, in the United States, education is linked to future earnings. The Pioneer Institute reports that two-thirds of those without a high school diploma have an annual income of less than $25,000. And at a time when the demand by employers for a college education is greater than ever before, according to The Century Foundation, even low-income students who graduate from high school have low college enrollment and completion rates.

“There is more to prepping for college than completing high school,” says Swail, adding that many students from under-resourced school districts get left behind. “The roads of higher education are littered with the corpses of low-income and other students who are ill-prepared for the rigors of higher education, even when [those have] diminished over time. It’s a sad situation.”

Yet some school districts and organizations are working to improve the system to ensure better outcomes for underserved and low-income students.

“To deal with the myriad issues that can accompany poverty, we must invest in high-quality early education and the necessary supports in the public K-12 system,” says Edelman, who is working toward this end through Stand for Children. Working in 21 states, Stand for Children’s efforts focus on promoting high-quality universal pre-kindergarten for all children and ensuring that those in kindergarten through third grade can read well. The organization couples these early interventions with dropout prevention efforts, career pathways, and academic acceleration programs to make sure students make it through high school.

Unequal Equations
Kati Haycock, president and CEO of The Education Trust, a national nonprofit education advocacy organization, agrees that “unconscionably high rates of child poverty in the U.S. pose significant challenges for educators.” However, she believes that the current education system exacerbates many of those issues. “We take the very children who enter school with less and give them less in school too,” explains Haycock. “We spend less on their education. We expect less of them. [Sometimes], we assign them our least effective and least experienced teachers.”

The U.S. Department of Education reported in 2011 that more than 40 percent of low-income schools do not get a fair share of state and local funds. At the time, former Secretary of Education Arne Duncan acknowledged that “in far too many places, policies for assigning extra support, resources, and teachers to low-income students in need perpetuated the problem rather than solving it.”

Charles Best agrees; he is the founder and CEO of DonorsChoose.org, a crowdfunding website that connects teachers in high-need communities with donors to provide vital classroom resources. As a nation, we do not fund our schools fully and equitably, and in some districts, those shortfalls are compounded by “inefficient budgeting and procurement,” he says, adding that too many classrooms still lack critical foundational materials such as books, paper, pencils, and basic technology. “This is the equivalent of showing up for an office job and not having a computer, phone, and copy paper.”

A 2016 paper from the National Bureau of Economic Research (NBER) provides a rationale for investing more money in low-income districts. NBER found that increased spending for these schools led to significant improvements in student outcomes in reading and math, as well as to higher levels of education and income for those individuals.

Best, who began his career as a public high school teacher in the Bronx, founded DonorsChoose in 2000 with the mission of providing students in every community with the tools and experiences that make for a good education. Through the DonorsChoose.org platform, over 2.5 million supporters have donated more than $518 million to provide classroom supplies and resources to approximately 22 million public school students.

Best believes that well-resourced classrooms send a message that students — especially those from low-income and underserved communities — need to hear every day: “You matter. We have high expectations for you. You can do it,” he says.

Beyond Just Money
For Haycock, having a positive effect on poverty and education comes down to more than funding. “We must attack issues like course rigor and teacher quality and accountability that are present in all schools,” she says. “Low-income children need our most expert teachers. And, unless our schools are held accountable for the achievement of all groups of children, too many will continue to sweep poor outcomes under the rug.”

The Education Trust mines data, supports educators to improve outcomes, and offers policy recommendations at the federal and state levels to advance opportunities for students. It focuses on closing gaps in opportunity and achievement from kindergarten through college.

This long-term focus is fundamental in terms of education and poverty. Research indicates that early integration of rigorous coursework and a focus on college readiness in secondary school curricula in part increases the likelihood that low-income students will graduate from high school and college. Furthermore, the Education Department underscores the connection between higher education attainment and future economic prospects. According to the department, by the year 2020, nearly two-thirds of job openings in the U.S. will require postsecondary education or training.

Unfortunately, in the last decade, the percentage of students from low-income families who attend college immediately after high school dropped to less than 50 percent, according to the U.S. Census Bureau. Poverty and other low-income-related issues, including a lack of college preparedness, are among various reasons for that decline.

While Swail believes that states should be held more accountable for these students’ ability to pursue higher education, he also acknowledges the need to hold both students and their families accountable for learning outcomes. But, Swail says, it’s “very difficult to break the cycle of the poor, impoverished, non-college-going mentality.”

Furthermore, he advocates for structural change at the K-12 level to better engage students. “Our schools are not set up necessarily to excel,” says Swail. “They aren’t fun. They aren’t that exciting — and learning needs to be.”

For Edelman, there is no single quick fix for such a complex issue involving poverty and education. But, he says, there are factors that can help.

“We do know that having great talent leading the school and great teaching in the classroom, [along with] a prioritization of quality and real accountability for learning for all students, are key levers,” he explains. However, he says that the task at hand is not an either-or decision between dealing with the effects of poverty and making sure that U.S. public schools are high quality. “It is always about doing both now,” says Edelman.

Although Haycock expresses serious concerns about the unfortunate effects of poverty on students’ ability to succeed in college and beyond, she also sees the potential for transformative change in this area. “It does not have to be this way [for low-income students]. Across the country, there are schools that teach us every day that these children absolutely can achieve at the same high levels as anybody else,” she says, adding that to change the status quo, however, everyone involved “has to organize around that mission.”● 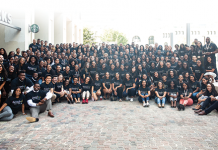