The 2019 graduating class of Morehouse College reacted with joy and tears of gratitude last week when commencement speaker Robert Smith announced he would pay off their roughly $40 million in collective student loan debt.

The TruTV game show Paid Off, which allows players to compete for education loan payments, launched its second season earlier this month with double the prize money from previous episodes.

And fast food giant Burger King this week announced a sweepstakes — Whopper Loans — for its mobile app users to win up to $100,000 in student loan payoffs.

While these efforts may be laudable, critics point out that awarding money to a few lucky graduates does little to address the overarching problem of college affordability. With more than 44 million Americans owing a collective $1.4 trillion in education loans in 2019, some see programs like Whopper Loans as making a mockery of what is often a crippling financial burden for graduates and their families.

Adam Harris, an education reporter for The Atlantic, says such measures are a “dystopian genre of debt relief” that implies escaping systemic inequality is only possible through individual luck.

Burger King especially has drawn criticism for what many see as an attempt to capitalize on financial insecurity while paying thousands of employees low wages. The company received similar criticism earlier this month for launching an ad campaign on mental health awareness. Even private lenders and state-sponsored programs appear to have found ways to market themselves through sweepstakes that promise a chance at “free” college funding.

Paid Off’s creator and host Michael Torpey says he wants viewers to be angry “that the show has to exist” in order to draw attention to the “invisible burden” of crushing student debt, according to a recent interview with Teen Vogue.

Torpey told the magazine he sees the show as both dystopian and satire. He asks, “Why is it that we’re reliant now on billionaire commencement speakers to come in and pay for our educations?”

“Why are we reliant on game shows to give us this once-in-a-lifetime windfall opportunity, which is what it takes to pay for an education?” 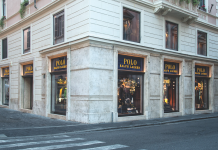 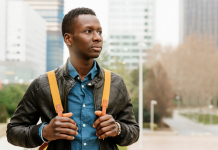