Praise for the film Black Panther has come from many directions. It is not only a great artistic achievement, but a fresh opportunity for discussion on American perceptions of the African continent and its people. This circumstance necessarily leads to consideration of the experiences of African Americans and how they are presented in numerous cultural forms and intellectual settings.

Rarely does a Hollywood cinematic production prompt us to review the veracity of curricular offerings in our colleges and universities, but Black Panther may be a much-needed exception. For those in academia, this film should cause us to question the ways in which Africa — and African Americans — are portrayed in the classroom.

While most students are taught that Africa is the setting where the human species originated, further mention of African history prior to the transatlantic slave trade is rare in most curricula.  Though ancient history courses may analyze Egyptian civilization, this coverage tends to pale in comparison with the coverage of Greece and Rome, while recognition of other sophisticated African nation-states, such as Mali, Songhay, and Timbuktu, is unlikely to even occur in college and university classrooms. The entire continent is generally portrayed as primitive and backward, lacking accomplishment and development until the European colonizers arrived to civilize the natives.

College and university curricula are the products of a selection and validation process conducted by those in the academy who are granted the authority by their peers to decide what information is valid and important for students to learn. While some would contend that there is no political agenda attached to the selection of concepts and ideas that comprise curricula, the exclusion of African societies has been purposeful, as it establishes a scholarly basis for white supremacy. By minimizing or even excluding the achievements of people of color in the curricula, the inferiority of non-Western civilizations and cultures is confirmed and transmitted from one generation to the next.

As explained in a recent Washington Post article by Michael Blakely, National Endowment for the Humanities professor of anthropology, Africana, and American Studies, “an unvarnished, valorous, uniquely industrious white story cannot coexist with the human story of African and indigenous people.”

Since institutions of higher learning have the inherent authority to determine what is true and authentic information for the larger society, the disinformation campaign that takes place within the classrooms, laboratories, and lecture halls has had the pernicious effect of validating and sustaining the concept of white supremacy in both policy and practice.

In the past, the denial and omission of the existence of advanced African civilizations provided a rationale and justification for slavery, which then extended to the derisive treatment of African Americans after emancipation. This false narrative prevails on college and university campuses and continues to serve as a basis for individual and systemic mistreatment of people of color.

That the portrayal of Africa in Black Panther could potentially have an impact on millions of moviegoers in America and around the world should serve as a starting point for academia to reconsider and revise what it teaches about Africa and about African Americans.

Writing in the Hollywood Reporter, social justice entrepreneur and expert Alan Jenkins points out that “a single film, even a blockbuster like Black Panther, cannot alone reverse generations of negative imagery and distortion.” What is needed, Jenkins notes, is a new vision of what blackness means and what Africa stands for. Colleges and universities have the opportunity to teach and support this vision.

The success of Black Panther presents particularly interesting challenges to the nation’s historically black colleges and universities (HBCUs). To a significant degree, these institutions connect their academic legitimacy to their similarity in style and substance of predominantly white institutions (PWIs). Although HBCUs were founded to address the needs of African American communities, their contemporary manifestations are likely to present curricula that are similar, if not identical, to the ones that are offered in majority-serving colleges and universities. So, rather than challenging or contrasting the curricular shortcomings that are manifested in the PWIs, the HBCUs sometimes echo those deficiencies.

Somewhat ironically, the title of Black Panther also brings to mind the Black Panther Party as an example of a contentious and controversial response within marginalized communities to the injustice and discrimination that has characterized American society.  From one campus to another, the interpretations of the philosophy, tactics, and the specific individuals who were associated with this particular group vary, but the organization’s support for free breakfast for economically deprived children and free medical care for underserved communities are referenced far less frequently than their violent encounters with the police forces in various cities.

Dating back to slave revolts, acts of organized resistance to oppression — especially when they feature people of color defending themselves — are sometimes presented in less than positive terms or even completely ignored in the academy, including some HBCUs.

Angela Bassett, the iconic actress and star of Black Panther, commented in an interview regarding the film that it was focused on pride, self-respect, and believing that anything is possible. Those attitudes are the very same ones that institutions of higher education proclaim they wish for all students to be able to take away from their postsecondary experiences. To move towards reaching that goal, the curricula must be modified to provide accurate reflections of all peoples, revealing both their positive and negative attributes, their shortcomings as well as their accomplishments.

Historian Kate Masur, a professor at Northwestern University, contends that adding knowledge, adding perspectives, adding experience to our shared history actually makes us all richer. Her statement is one that the higher education community would do well to embrace, in the spirit of Wakanda.●

William B. Harvey, PhD, is Distinguished Scholar at the American Association for Access, Equity and Diversity in Washington, DC. He formerly served as Vice President and Director of the Center for Advancement of Racial and Ethnic Equity at the American Council on Education, and is the founding president of the National Association of Diversity Officers in Higher Education. 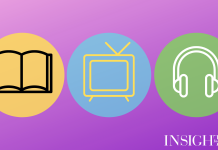