On Oct. 31, the University of Notre Dame announced that it would no longer provide birth control coverage to students and employees in an effort to “honor the moral teachings of the Catholic church.” Yet just over a week later, in a statement released on Nov. 7, the university reversed its decision, stating that employees and students could continue to receive contraceptive coverage through their university-sponsored insurance plans.

The sudden reversal followed a barrage of criticism from students and the press. This included a group of graduate students at Notre Dame, called the Graduate Workers Collective (GWC), that held a rally and circulated an online petition asking the university to re-evaluate its decision.

In its Nov. 7 statement, the university said that it “follows Catholic teaching about the use of contraceptives” but that it recognizes “the plurality of religious and other convictions among its employees.” GWC responded with its own statement in which it said “they are grateful and relieved that [they] were able to help push the administration to respect Notre Dame community members’ right to reproductive healthcare.”

Under the Obama administration, the Affordable Care Act (ACA) required that employers provide health insurance policies that included birth control at no cost to women. At that time, Notre Dame offered this coverage via a separate service. However, in 2013, the university attempted to sue the Obama administration for the right to terminate this coverage entirely; a federal appeals court rejected the suit in 2015.

On Oct. 6, the Trump administration rolled back the ACA birth control mandate, effectively allowing any institution to deny birth control coverage on moral or religious grounds. According to the Los Angeles Times, Notre Dame was the first employer “publicly to take advantage of the Trump administration’s … rollback.” The university’s initial decision to withdraw contraceptive coverage set a strong precedent, as Notre Dame is a large, diverse institution that doesn’t require faculty or students to be Catholic or to sign a statement of faith, as other religious institutions do.

It is unclear why the university now claims to cover contraceptives out of respect for the diversity of its constituents but didn’t respond to faculty and student pushback years ago at the time of its lawsuit against the Obama administration. In an email, Vice President of Communications Paul J. Browne confused the issue further by arguing that Notre Dame believed that “insurance companies would discontinue no-cost coverage for contraceptives … at the end of the year” in response to the Trump administration’s rollback of the ACA provision. He asserted that the apparent policy flip-flop was the result of confusing administrative decrees. Some Notre Dame faculty members, however, have questioned this claim, speculating instead that the negative press the institution received influenced the administration’s policy reversal. 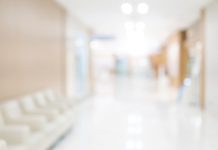