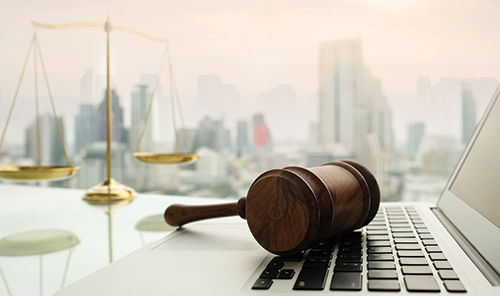 For the first time, a comprehensive listing of Black attorney employment rates in the United States is now available, providing valuable information to both law firms and students.

The listing, titled Black Student’s Guide to Law Schools & Firms, is in its third edition. This latest version also covers nearly 400 law practices, including some of the nation’s largest firms.

The report comes from the decade-old nonprofit Lawyers of Color, which promotes diversity in the legal profession by engaging in research regarding job opportunities. The organization also seeks to advance democracy and equality in marginalized communities.

Lawyers of Color contacted nearly 100 firms where Black attorneys comprise less than 1 percent of the staff. Only three firms responded.

Two of the three claimed it was difficult to find Black law students to employ. In response, Lawyers of Color announced it would create a free Black law student résumé bank and pre-screening interview service for law firms. The nonprofit also says it plans to design a national legal model that provides stipends, training, and expert advisers to support small nonprofit law firms.

The guide also provides a list of the best law schools for students of color, ranking Howard University — the oldest historically Black college or university law school — at number one. Also in the top five are Columbia University, University of Chicago, Harvard, and Duke University.

Bargain schools are featured, with the David A. Clarke School of Law at the University of the District of Columbia having the lowest resident tuition rate of under $13,000.

Vermont Law School holds the highest percentage of African American faculty for a non-historically Black college or university with 33 percent Black faculty members, according to the guide. University of Michigan and University of Minnesota come in near the bottom of the list at less than 2 percent.

The guide also explores the challenges — and sometimes the rewards — of being the only person of color in the classroom. Two law students shared their experiences of culture shock at smaller schools, the University of Nebraska Omaha and University of Utah’s S.J. Quinney College of Law. The students said the institutions were proactive about inclusivity and they were able to find a sense of community.

Lawyers of Color’s research points to the New York City-based Paul, Weiss law firm for employing the highest percentage of African American lawyers, including former U.S. attorney Loretta Lynch. The firm made history as the first law practice to hire Black attorneys, both male and female.

The firm has more Black partners.— a total of six — than nearly all large law firms, according to the guide. It also served as pro-bono counsel for Thurgood Marshall on the Brown v. Board of Education landmark Supreme Court civil rights case in 1954.

In the editor’s letter about the guide, Lawyers of Color CEO Yolanda Young says the true focus is the data. She writes, “The facts don’t lie. And the fact is there is considerable work to be done in the area of diversity.”

Black Student’s Guide to Law Schools & Firms can be found online at lawyersofcolor.org.

Mariah Stewart is a staff writer for INSIGHT Into Diversity. This article ran in the July/September 2019 issue.