A recent study by researchers at the University of Houston (UH) suggests that long-term exposure to the news may have a negative impact on a person’s racial bias.

Lead by Temple Northup, assistant professor at UH’s Jack J. Valenti School of Communication, the study examined the influence of news coverage on an individual’s unconscious attitudes toward social groups.

The study, Effects of Long-Term Exposure to News Stereotypes on Implicit and Explicit Attitudes, looks at the effects of news coverage through two cultural contexts by assessing participants in both the United States and Austria.

According to Northup, previous analyses conducted at the University of Michigan and the University of California, Santa Barbara have shown that African Americans are “overrepresented as criminals on local television news when compared to their actual crime rates.” Whereas, in Austria, research suggests that foreigners are overrepresented as criminals in tabloid-style daily newspapers.

In the U.S. study, 316 individuals participated. They completed the Implicit Association Test (IAT), a tool used in psychology to measure hidden biases people may have but are unaware of or are unwilling to admit. After taking the IAT, participants were asked about their explicit, or conscious, attitudes toward African Americans, as well as how many hours of local TV news they watch per day.

Co-author of the study Florian Arendt, from the University of Munich in Germany, led the Austrian portion of the study. It included 489 participants who all went through the same process, after which they were asked how many days per week they read the specific newspaper under investigation. Results revealed that exposure to the tabloid-style newspaper did not increase the negativity of implicit attitudes for Austrian participants.

A third study was also conducted in Austria as a post hoc explanation of the second study’s findings, which were inconsistent with U.S. research. It included 470 participants and investigated how much newspaper content they are exposed to and the types of articles (e.g., crime articles) they read.

Participants in the third study completed the IAT and reported how many days a week they read the newspaper under investigation, as well as how often the read crime articles. Findings revealed that reading content about crime had a significant effect on implicit attitudes toward foreigners in individuals who indicated that they often read those articles.

“The results of the studies suggest that in both these countries, regular exposure to stereotypical news coverage creates negative implicit attitudes,” Northup said.

*This story was rewritten from an article published online by the University of Houston on May 28, 2015. 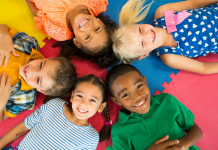