The advocacy group LAAUNCH — or Leading Asian Americans to Unite for Change — recently released the results of an inaugural survey that gauges U.S. sentiment and understanding of Asian American issues. Nearly 2,770 Americans 18 and older completed the questions online from March 29 to April 14, with the survey sample designed to reflect the nation’s overall demographics as listed by the U.S. Census Bureau. The results revealed major disparities in how different ethnic and racial subgroups perceive Asian Americans, especially when it comes to matters of discrimination. LAAUNCH intends to conduct the survey annually to continue tracking awareness and attitudes toward the nation’s fastest growing ethnic group. 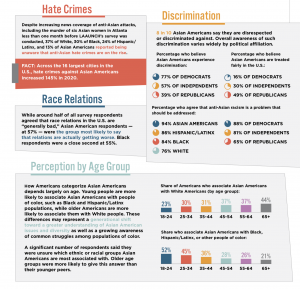 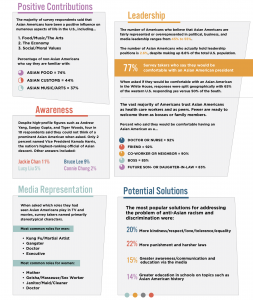 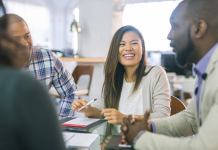