A report released Tuesday by the Institute for Women’s Policy Research (IWPR) shows that a majority of U.S. college students qualify as independent of parental financial support according to the standards of the Free Application for Federal Student Aid (FAFSA). Furthermore, these individuals tend to be students of color or women, and most face significant economic hardships while enrolled in school.

Commonly referred to as nontraditional, a student is considered independent if he or she is a current or former member of the military, the parent or guardian of a minor, married, or homeless. Graduate students or those who are over the age of 24 are also considered independent of parental financial support, as are those who have grown up in foster care or are emancipated. Dependent — or traditional — students are under the age of 24 and have enrolled in college directly from high school; they are considered financially dependent on parents or guardians when it comes to determining eligibility for federal financial aid.

According to the IWPR, 61 percent of independent students are women, 51 percent have children, and 45 percent are students of color. They are more than twice as likely as dependent students to live in poverty and four times as likely to attend for-profit schools. Perhaps most startlingly, they are a full 70 percent less likely to finish a degree program within six years.

The report’s authors argue that many colleges and universities are primarily structured around and devote most of their resources to meeting the needs of traditional students, despite the fact that independent students are now 51 percent of the U.S. college population. The authors also say that developing degree programs and financial aid policies to better serve independent students would promote economic, gender, and racial equality in higher education and society.

The IWPR offers several suggestions for better addressing the needs of this new majority, starting with more thorough tracking systems for independent student enrollment and outcomes. In addition, they recommend schools and researchers pay closer attention to the gender, racial, and economic characteristics of independent students in order to better understand how their educational obstacles play a role in broader economic and social inequities. 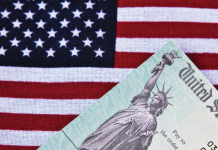