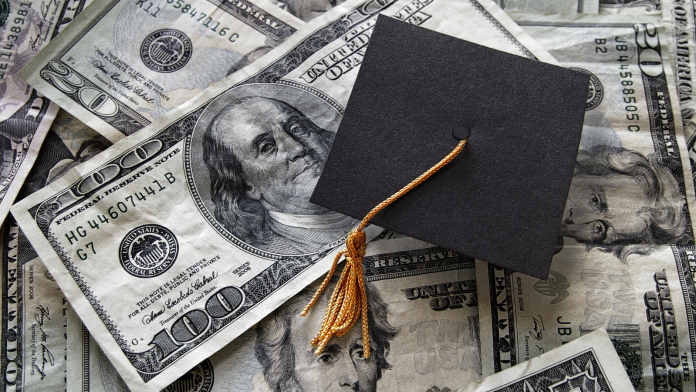 An undergraduate enrolled in a four-year public university will borrow an estimated $7,321 to help pay for tuition and other expenses in the 2021-2022 academic year, according to the analysis. Since the average bachelor’s degree takes five years to complete, NerdWallet estimates that students will accumulate nearly $37,200 in debt throughout the course of their undergraduate career if the rate remains the same. A steady rate, however, is unlikely. NerdWallet predicts that students will begin borrowing an additional $350 annually by 2024-2025.

The analysis tracks the annual amount borrowed by undergraduates starting with the 2000-2001 academic year. At that time, the average student took out approximately $3,212 in loans annually, totaling an estimated $16,060 for their entire undergraduate career.

“What college will look like in the fall and beyond is uncertain, but one thing is clear: Students will still need to take out loans to pay for higher education,” says Anna Helhoski, NerdWallet’s student loan expert.

Federal student loan interest rates are expected to fall below 3 percent for the first time in 15 years, but this drop will likely have only a marginal effect on monthly payments, according to Helhoski. She suggests that students consider their potential earnings after graduation and how much debt they can reasonably manage before determining whether they need to borrow to complete a degree and, if so, how much.●