Motivated by the staggeringly low number of minorities in STEM programs and professions, minority leaders, business executives, the academic community, and corporations came together in the early 1970s to create four unaffiliated organizations to address this issue. However, it wasn’t until several years later when these groups merged to form the National Action Council for Minorities in Engineering (NACME), that real change began.

And since the organization’s founding, underrepresented minorities in engineering have increased from 2 to 12 percent.

NACME’s ability to help reduce this disparity is due to its multifaceted approach, says Christopher Smith, PhD, the organization’s director of scholarships, university relations, and research. To overcome barriers and increase access to the profession, NACME focuses on three key areas: scholarship programs, an online career center, and data collection.

For more than 40 years, NACME has awarded scholarships to African American, American Indian, and Latino students seeking degrees in engineering. Through its NACME Scholars Program, it allocates block grants to U.S. colleges and universities — partners of NACME — that distribute the money as scholarships to talented underrepresented minority students.

NACME also provides scholarships directly to students via several fellowship awards. Since its founding, the organization has awarded more than $150 million in scholarship and program support to 24,000 underrepresented minority students.

Smith says scholarships are key to easing students’ stress and debt load, helping keep them on the path to success.

“Scholarships are a really important aid for students,” he says. “Working during college is not a detriment, but it can become taxing on a student and [hurt] their ability to be retained in school. [Scholarship money] helps them avoid loans, it helps them avoid extra long hours at work while they’re studying, it helps them enroll full time as opposed to part time, and [it helps them] advance faster in their education.”

But as far as partner institutions go, NACME is selective and expects schools that receive funds to be actively moving the needle. The organization seeks colleges and universities “that demonstrate their capacity to recruit, admit, retain, educate, and graduate underrepresented minority engineering students,” says Aileen Walters, vice president of the career center, community, and partnerships at NACME. And, Smith says, schools continue to be held accountable in these areas throughout the life of
the partnership.

“We’re not just distributing money to these institutions, we’re also collecting key data from them,” he says. “Some of [what we] collect … are the retention and graduation rates of underrepresented students in engineering, as well as how their peers are doing in the college of engineering. And if there is a gap, say at the start of the grant period, we want to see progress toward parity over time.”

Much of the data NACME has collected has shown striking differences between NACME scholars and other students. According to McPhail, a study of six-year graduation rates of NACME scholars revealed a rate of 79.1 percent. “That 79.1 percent compares to 39 percent for all other minority students majoring in engineering, and it compares to 62 percent for [non-minority] students, so you’re talking about a level of accomplishment that exponentially exceeds the norm,” says McPhail.

Beyond education, NACME works to connect its scholars to summer internships and full-time jobs.

While increasing minority participation in engineering remains NACME’s central objective, the motivation driving that goal has expanded over time.

“The number of underrepresented minorities in this country is growing,” Smith says. “It is important to get these groups involved in these educational opportunities so they have a chance to advance American competitiveness in engineering.”●

Alexandra Vollman is the editor of INSIGHT Into Diversity. For more information on NACME, visit nacme.org. 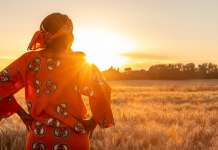