Researchers at the American Council on Education (ACE) recently released a report indicating that students who attend Minority Serving Institutions (MSIs) graduate at a higher rate than federal data has previously suggested. The report, titled Pulling Back the Curtain: Enrollment and Outcomes at Minority Serving Institutions, is the first of its kind to use data from the National Student Clearinghouse (NSC) to track MSI students. It includes data from 97 percent of all public and private institutions in the U.S.

Unlike that used by the U.S. Department of Education, NSC data included detailed information on student enrollment, such as that on transfer students and mixed enrollment, which refers to students who alternate between full- and part-time attendance. According to ACE researchers, taking such information into account is critical when calculating student completion rates, especially at MSIs, which often have higher rates of mixed enrollment than predominantly white institutions (PWIs).

Using NSC records, researchers traced the educational outcomes of individuals who enrolled at MSIs as first-time students in the fall of 2007. In measuring completion rates, they took into account factors such as students dropping to part-time enrollment or transferring to other institutions. The Education Department, on the other hand, calculates this information by comparing the number of students who graduate from an institution to the number of those who enroll. Its completion rates for full-time students are based on those who graduate with a bachelor’s degree within six years or an associate’s degree in three.

Notable disparities exist between ACE’s findings and those of the federal government, especially in regard to the number of first-time, full-time students who graduated from MSIs. Significant differences were noted at public four-year historically black colleges and universities (HBCUs), where the graduation rate was 43 percent overall — 62 percent for exclusively full-time students — compared to the 34.1 percent rate reported by the Education Department. At private HBCUs, ACE researchers concluded that 66.7 percent of full-time students graduated within six years, compared to the federal rate of 43.9 percent. For two-year Hispanic-Serving Institutions, the completion rate for all students was 50 percent — 74.1 percent for those who are full time — compared to 42.7 percent cited by the Education Department. At four-year Asian American and Native American Pacific Islander-Serving Institutions, the full-time graduation rate discovered by ACE was 88 percent, while that indicated by the Education Department was 66.2 percent.

In a press release announcing the report’s findings, ACE stressed the need for using more comprehensive data when it comes to measuring accountability standards for institutions of higher education. These efforts are necessary for MSIs to continue to successfully serve their unique and traditionally underrepresented student populations, the release states. 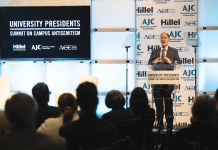 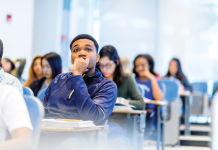