Kenneth Frazier, the CEO of pharmaceutical company Merck & Co., Inc., announced his resignation from President Donald Trump’s American Manufacturing Council early Monday morning — a decision supposedly prompted by the president’s response to violence that occurred at the “Unite the Right” rally in Charlottesville, Va., over the weekend. One person was killed and many others were injured when a car sped into a group of counterprotesters.

In a live statement to the press, Trump vaguely addressed the violence that took place at Saturday’s white nationalist rally: “We condemn in the strongest possible terms this egregious display of hatred, bigotry, and violence on many sides, on many sides,” he said.

Frazier, who is African American, announced his resignation from the council — which advises the president on matters of manufacturing and commerce — via Merck’s Twitter account and expressed the need for America’s leaders to “clearly [reject] expressions of hatred, bigotry, and group supremacy.” Although the statement did not directly call out Trump, many took it as pointed criticism of the president’s weak response to Saturday’s violence.

The “Unite the Right” rally drew an estimated 2,000 to 6,000 members of the white nationalist movement to the city to protest the removal of a statue of Robert E. Lee from a city park. People came from out of state to participate in the event, which began Friday night with a march in which participants carried tiki torches and shouted Nazi slurs and hate speech across the University of Virginia’s (UVA) campus.

On Saturday, events turned violent as lines of white nationalists — some wearing body armor and touting sticks and shields — clashed with counterprotesters. After police dispersed the crowds, James Alex Fields Jr. of Ohio reportedly drove his car into a crowd, killing 32-year-old counterprotester Heather Heyer. Fields is now being charged with one count of second-degree murder.

Two state troopers also died on Saturday when their helicopter, which they were using to patrol the rally, crashed outside of the city.

Virginia Gov. Terry McAuliffe issued a swift response condemning the violence as well as the alt-right ideology. Trump on the other hand was criticized by Democrats and Republicans alike for not directly denouncing the white nationalists. However, on Monday, the White House aired a speech from the president in which he called out “the KKK, neo-Nazis, white supremacists, and other hate groups” as being anti-American. Trump’s speech came on the heels of a meeting with the director of the FBI and Attorney General Jeff Sessions, who has launched a federal civil rights investigation into Heyer’s murder.

Two additional CEOs resigned from the president’s manufacturing council Monday evening. Under Armour, Inc., issued a statement of resignation on behalf of its CEO Kevin Plank, stating that the company’s focus is on “innovation and sports, not politics.” Brian Krzanich, CEO of Intel Incorporated, stated online that his resignation was intended to draw attention to the “serious harm” of the events in Charlottesville and the current political climate.

On Tuesday, Trump was once again the target of much public scrutiny for comments made during a press conference in which he attributed much of the weekend’s violence to leftist protesters, rather than the white nationalist groups who had organized the rally.

Following these remarks, Campbell Soup Company CEO Denise Morrison and 3M Company CEO Inge Thulin both announced their resignations from the American Manufacturing Council early Wednesday morning. Shortly thereafter, Trump announced that he would be disbanding the manufacturing council and the Strategic and Policy Forum, which is also an advisory council comprised mainly of business leaders and chief executives. The decision came shortly after a conference call between the president and several members of the forum and is intended, says Trump, to allow members of both groups to focus on financial and business matters rather than political pressures.

Other businesses and organizations have been quick to condemn the alt-right movement following this weekend’s events, including TIKI Brand, the company that produces the tiki torches used in Friday’s march.

The National Association of Diversity Officers in Higher Education (NADOHE) released a statement on Sunday in support of UVA President Teresa A. Sullivan, who has denounced the rally’s attempts to bring “intolerance and hate” to the university’s campus. NADOHE also called on higher education and diversity leaders to be prepared to address “those who will test the boundaries of free speech and assembly” and to prioritize the inclusion and safety of all members of the higher education community.

Another alt-right protest, which organizers were calling a “white lives matter” rally, was scheduled to take place September 11 on the campus of Texas A&M University in College Station. University officials canceled the event on Monday, citing safety concerns after it was discovered that organizers had issued a press release for the rally under the headline of “Today Charlottesville, Tomorrow Texas A&M.”

The University of Florida (UF) cancelled a similar event Wednesday that was scheduled for September 12, at which alt-right leaders Augustus Invictus and Richard Spencer were scheduled to appear. 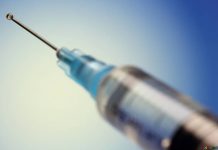 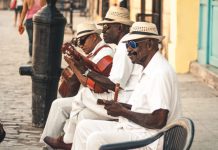