Every summer, educators face the challenge of combatting “summer melt” — the term for the common scenario in which high school graduates plan to attend college but end up dropping out before the fall semester even begins. While this phenomenon includes students from a wide range of backgrounds, those from low-income families are more likely to not follow through on their college plans, with 20 percent backing out, according to research.

For students living in poverty, simple pre-college requirements can feel overly complicated. The process of having a parent fill out and sign financial aid paperwork, for example, can be a difficult undertaking for those with sick or absent parents who never attended college themselves. In addition to challenges at home, students no longer have access to the support provided by high school guidance counselors and teachers who helped them navigate the college admissions process. Furthermore, many young people at this age are still learning how to self-advocate, meaning they are less likely to ask for assistance or to seek out other forms of support.

Research shows, however, that simple actions can be taken to significantly reduce the number of students who encounter this problem. In a 2013 experiment, researchers at Harvard University and an admissions officer at Georgia State University (GSU) worked together to design a computer program that could decrease the impact of summer melt on students. The program, known as a chatbot, simulates conversation with human users, allowing it to converse with incoming students who have questions about enrollment requirements. It also sends text messages to first-year students throughout the summer reminding them to complete certain pre-college tasks.

According to the researchers, after instituting this intervention, GSU’s first-year enrollment grew by 300 students in fall 2013, effectively reducing the number of incoming first-year students who withdrew by 4 percent. Because of these results, the university has continued to use the program.

Other researchers who have studied summer melt have identified simple ways that high schools and colleges can better support students throughout the summer transition period. For example, researchers found that offering high school graduates two to three hours of inexpensive guidance counseling services during the summer increased college enrollment by 8 percent for low-income students.

Researchers argue that the prevalence of summer melt is a reminder that the U.S. educational system is not designed to accommodate low-income and underrepresented students who need ongoing encouragement to succeed. They urge high schools and postsecondary institutions to consider interventions during the summer months as well as the academic year when creating support services for these individuals. 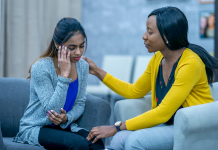 Students Who Sought Help from College Counseling Centers in 2020-2021