Howard Bauchner, the editor-in-chief of the Journal of the American Medical Association (JAMA), was placed on administrative leave on March 25 after a staff member made controversial comments about racism in medicine during a podcast.

During the February 24 podcast, Deputy Editor Ed Livingston said that structural racism no longer existed in the U.S.

“Structural racism is an unfortunate term,” Livingston stated. “Personally, I think taking racism out of the conversation will help. Many people like myself are offended by the implication that we are somehow racist.”

To promote the podcast, JAMA wrote in a now-deleted tweet: “No physician is racist, so how can there be structural racism in health care?”

Yes. “Disappointing” is generous. Publishing this level of ignorance about a topic with decades of research and experts who abound is willful harm. It’s asserting the comfort of these men over actual facts. By a scientific journal. Unbelievable.

Livingston has since resigned from his position at JAMA.

Bauchner, who also serves as professor and vice chairman of pediatrics at the Boston University School of Medicine, has been editor of the publication since 2011.

“The language of the tweet, as well as portions of the podcast, do not reflect my commitment as editorial leader of JAMA and JAMA Network to call out and discuss the adverse effects of injustice, inequity, and racism in medicine and society as JAMA has done for many years,” Bauchner wrote in a statement.

An interim editor will fill Bauchner’s role until an American Medical Association committee, which oversees the journal but does not control the editorial process, concludes an independent investigation on the matter.

“The decision to place the editor-in-chief on administrative leave neither implicates nor exonerates individuals and is standard operating procedure for such investigations,” the committee said in a statement. 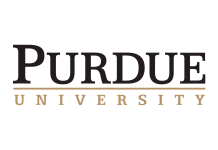 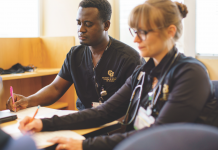