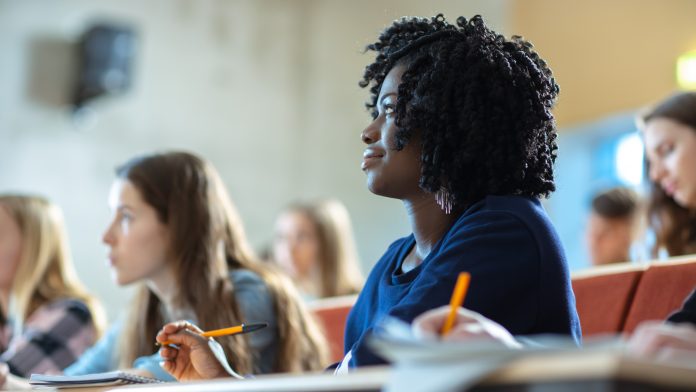 Students of color at Brigham Young University (BYU) face ongoing racism, “racial isolation,” and lack of campus support, according to a new report from the school’s Committee on Race, Equity, and Belonging (CoREB).

The 64-page report was released last week and features 26 recommendations from the CoREB on how to address race and inequality issues.

“The most pressing concern is that BIPOC [Black, Indigenous, and people of color] students often feel isolated and unsafe at BYU due to racism,” the report states.

The CoREB was led by Academic Vice President Shane Reese and other faculty members who held several meetings with students, alumni, staff, and administrators and received more than 500 online responses.

Additionally, BYU also released a diversity and equity campus climate survey last week that includes data from nearly 20,000 respondents. Nearly half of the students surveyed disagreed that the university is free of tensions related to individual or group differences.

A student from the Tribe of Many Feathers club, a BYU service club that focuses on Indigenous culture, said she wanted to transfer after her first year because of the lack of other Native American students, the report found.

“My experience as a Black student at BYU is not equal to other students on campus because I don’t feel safe,” a student from the Black Student Union told CoREB.

Many students of color, most of whom are affiliated with The Church of Jesus Christ of Latter-day Saints, expressed the challenges of leaving behind family and the comforts of home to pursue missionary duties. They also said they were hoping to find a sense of belonging at BYU, but instead were met with “loneliness” and “isolation” when they discovered the lack of racial and ethnic diversity on campus, the study finds.

Louise Wheeler, assistant clinical professor and psychologist at BYU’s Counseling and Psychological Services (CAPS), says Black students visit CAPS less but come in with higher levels of distress than their White peers when they finally utilize the service.

“Students feel isolated and do not know where to go for support. I hear this from students of color multiple times a week,” Wheeler told CoREB. “They don’t know what offices on campus are the appropriate space to talk about their experience or even to file complaints when experiencing racism on campus.”

“As a committee, we felt fortunate and honored to hear individuals from the BYU community recount their experiences of racism,” Ryan Gabriel, an assistant professor of sociology and CoREB member, said. “Their honesty and courage will help BYU become a greater place of belonging.”