Recognizing the role they play in serving their communities, colleges and universities are continually offering programs that promote the benefits of higher education to youth from underrepresented groups. To ensure the best outcomes for all students, many institutions are not only encouraging these young people to consider college but also supporting their cultural identity, helping ease their transition to campus, and providing them opportunities to assist others like themselves.

Eastern Kentucky University
In the Center for Student Accessibility (CSA) at Eastern Kentucky University (EKU) in Richmond, students with disabilities can find both the encouragement and support they need to not only successfully enroll in college, but also persist and graduate. Through a grant from the Kentucky Department of Education, the center offers two programs specifically designed for students with learning disabilities, attention deficit disorder, and other cognitive disorders.

The Appalachian Transition Grant allows EKU to assist students from 51 Kentucky counties with the transition to college. For high school juniors and seniors, this effort begins with CSA’s summer transition program, Planning to Win. During this three-day camp, students reside in residence halls and participate in educational and inspirational workshops designed to encourage them to consider postsecondary education.

“It was created to give students who have disabilities an opportunity to have the college experience so that they know that it is something they too can achieve with or without accommodations,” says Lori A. Davis, JD, director of equity in the CSA.

Mark Pressley, transition coordinator in the center, visits K-12 schools throughout eastern Kentucky to recruit students into Planning to Win. The first 50 individuals to fill out the application and pay a $10 fee — which covers the cost of meals and a T-shirt — are able to attend. Participants tour EKU’s campus, learn about assistive technology, and engage in team-building activities, voluntary presentations, themed projects, and a collective mural art project.

Not only does the program help prepare students for college, Pressley says it also introduces them to others with similar disabilities and teaches them how to advocate for themselves and ask for help when needed. “We treat them like college students and show them what college is going to be like,” he says, adding that this approach has had a positive effect on EKU’s enrollment. “… We had several participants last year who were [high school] juniors — they’re seniors now — saying ‘I want to come to EKU. I like the way they treated me. They treated me like a person, not like a person with a disability.’ That means a lot to us.”

For these and other students with learning disabilities and cognitive disorders who enroll at EKU, CSA continues to provide support to help them integrate into and achieve success in college. Also funded by the Appalachian Transition Grant, Project Success offers comprehensive support, including academic coaching, tutoring, and focus groups, to help students complete their degree.

CSA is typically able to take on 75 Project Success students at a given time — a number that Davis says often fluctuates throughout the year as individuals come and go. “Some students feel, once they come to college, that they no longer need the type of support they received before, and they may find that they flounder a bit, and that’s when they come to our office,” she says, adding that the program is customized to meet participants’ needs. “It is focused not necessarily on the specific disability but on the manifestations and the impact of that disability on the student’s learning. So there may be some students who have ADHD who need assistance with managing their time or [some who need someone to] help them with study skills.”

Project Success participants meet with Academic Success Coordinator Lee Ann Griesheimer once a week to ensure they are on track and to address any issues they may be having. Additionally, they have access to tutors, many of whom also have disabilities, who work with students to help them overcome problem areas in math, science, or English. Focus groups add a mentoring and social component to Project Success.

Should students still have unmet needs, Griesheimer makes a point to collaborate with other campus units to connect them to the necessary resources. “There are some students who, for example, have autism or are on the autism spectrum and may need additional support in developing or enhancing social skills, so we have worked collaboratively with the occupational therapy department here on campus,” Davis says. “Their graduate students serve as mentors to many of our students to help them design a plan for success in [a given] area.”

According to Davis, Project Success is having a positive impact. In 2016-2017 alone, the retention rate for participants was 81 percent from the fall to spring semester, and the graduation rate was 77.3 percent. She hopes to expand the program in the future — which may require additional funding — to serve this growing student population.

“We know that more and more students with disabilities are coming [to college],” says Davis, “and we want to be able to provide the necessary services to enable them to be successful.”

Through a partnership with the Saginaw Chippewa Indian Tribe (SCIT) — and specifically its behavioral health office — the program works to increase the retention and graduation rates of Native American youth and college students by supporting their cultural identity. CMU and SCIT partner with five area schools to identify Native American children in fifth through eighth grade who could benefit from having a mentor.

“We [partner] with school counselors and the social worker who works with the tribe [to] identify kids in our partner schools who could really use a mentor or somebody to look up to,” says Nichole McLachlan, Niijkewehn Mentoring Program co-coordinator.

She says that in 2012, the program included only 10 Native American mentees and 10 CMU student mentors, but as Niijkewehn began to grow, the university had to expand its search for mentors. “We like to directly recruit Native American college students because we know helping youth in their community gives them a purpose, but we [found] that we needed to look beyond [that] because we weren’t getting enough to fulfill how many youths we had,” she says. “We actively recruit through the Native American Programs office, sending out emails to those who identify as Native American. But we also have non-Native students who are taking certain courses, such as social work or youth studies, and are interested in working with these students.”

Mentors are typically paired with a mentee for an entire year. During that time, they go to their mentee’s school one day a week for an hour and a half after school to help them with homework, reading, and any identified areas of need — whether social or academic — as well as engage in cultural activities. This aspect of Niijkewehn also takes the form of a summer program for mentees and other interested students that takes them to different locations around Mount Pleasant and across Michigan and includes language and culture workshops.

“I think that culture strongly influences how an individual approaches education, and I think [students] are more likely to engage and to have a sense of belonging when they feel like they have a stronger cultural identity,” says McLachlan.

As a major focus of Niijkewehn is education and persistence, mentees also participate in campus visits to both CMU and SCTC where they explore cultural centers and various departments, such as the volunteer center and the diversity center, and do activities. “We show them that CMU is here and that this is definitely an opportunity,” McLachlan says, “but we also take them to the tribal college because some of them feel more comfortable at a smaller school.”

A fairly new, innovative feature of the program is the addition of junior mentors. “Once our mentees ‘graduate’ from the program at the end of their eighth grade year, we invite them to become junior mentors … to go back to their elementary or middle school and work with their younger peers,” says Kinney.

These students are once again paired with a college student mentor as well as two mentees. “They stay in a group of four so that when they feel comfortable, they can move on to just being with one of the children,” says McLachlan. “So we’re preparing them to become mentors, to be able to empower and inspire somebody younger than them.”

Last year, McLachlan says 47 mentors and 49 youth participated in Niijkewehn, and she points out that the program continues to grow and have a positive effect on all involved. Post-program survey results for 2016-2017 revealed that the vast majority of mentees said they viewed the program as having positively affected their lives, while data seem to indicate that participation in the program improved the retention rates of mentors as well as their sense of belonging and desire to succeed at CMU. ”● 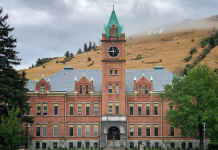